Own the War Doctor’s Sonic Screwdriver! (Not for Assembling Cabinets)

If you are a fan of Doctor Who, you have probably seen the 50th anniversary episode called “The Day of the Doctor.” In that episode, you might recall the fancy sonic screwdriver that the War Doctor used. 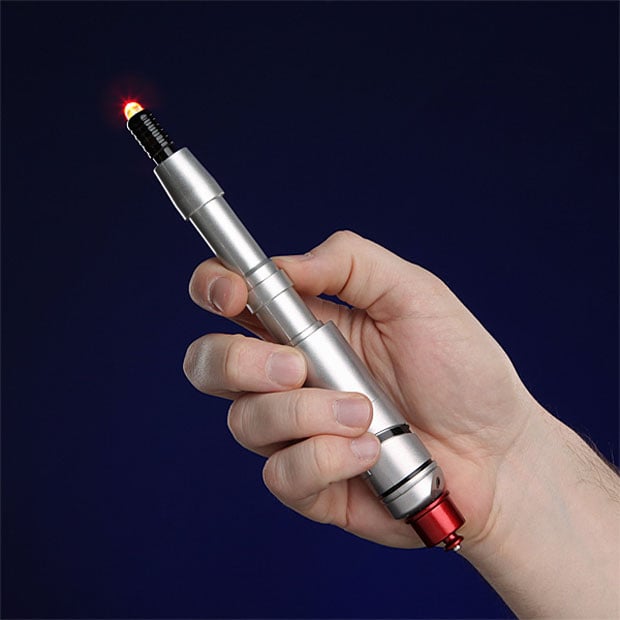 ThinkGeek has the official replica of the War Doctor’s sonic screwdriver compete with sound and light effects. This battery-operated sonic screwdriver has four sound effects and the LED on its tip lights up red and amber.

The replica is operated using a slider on the side. The entire thing measures 8.25-inches long and about 1-inch wide at the widest point. You can grab the War Doctor’s Sonic Screwdriver from ThinkGeek for $29.99(USD).