Linksys WRT 1900AC Router: The Blue and Black is Back

Today’s Linksys routers and networking devices are usually clad in black and silver. But the company’s most recognizable product wore blue and black: the WRT54G series router. First released in 2002, it was one of the first routers to be compatible with the 802.11g wireless standard and became Linksys’ bestselling product. It even appeared on South Park! Now Linksys has announced the WRT54G’s successor, the WRT 1900AC. Yep, it’s in mom’s colors. 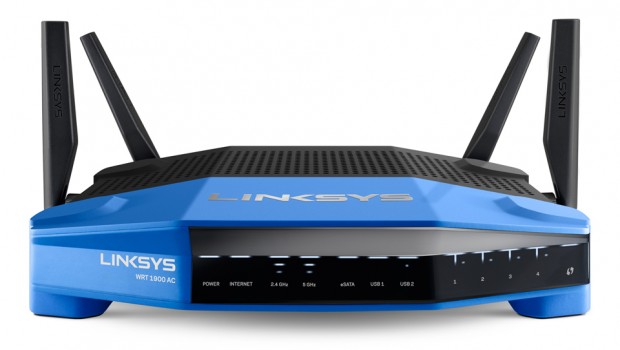 Not wanting to let down the seven people who were celebrating the WRT54G’s birthdays, Linksys seems to be going all out with the WRT 1900AC. First off, it complies with the new 802.11ac wireless standard, with theoretical maximum throughputs of 1.3Gbps on the 5GHz band and 600Mbps on the 2.4GHz. As you can see it also has four antennas for better coverage. The antennas are removable in case Linksys releases better versions in the future.

Linksys is also working with the members of the popular OpenWrt software to release an open source firmware for the router when it goes on sale. That means more flexibility for power users. The ports you’d expect out of a high-end router – 4 LAN, 1 USB 3.0 and 1 USB/eSATA – are all here as well. 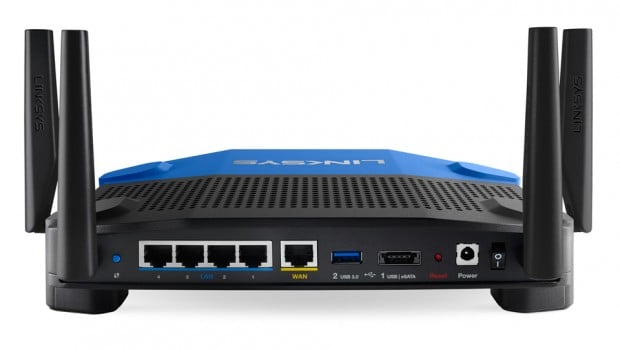 If you’re still not convinced that the WRT 1900AC is worthy of its predecessor, wait ’til you hear about its mobile app. That’s right – the router will have a companion app to help you manage your network and even access content if you have an external drive connected to the router. Watch the video while I bring out the party hats and cut the cake:

The WRT 1900AC router should be available this spring for $300 (USD). Celebrating a router’s 11th birthday. If that’s not what my job is then I don’t know what I’m doing.