Tobii’s eye-tracking technology continues to make its way to mainstream devices. We’ve seen it work with laptops, arcade machines and Windows 8 tablets, and now Tobii has partnered with SteelSeries to release the EyeX, an eye-tracking accessory meant to work with PC games. 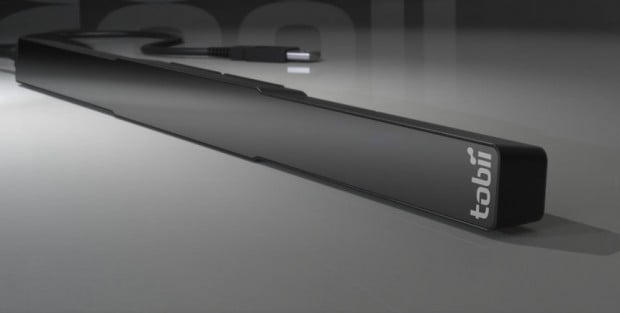 In case you’re not familiar with Tobii’s technology, its eye tracker uses microprojectors to beam near-infrared light to the users’ eyes. Then the trackers’ sensors analyze the reflections of that light along with the user’s facial features to accurately detect where he’s looking. 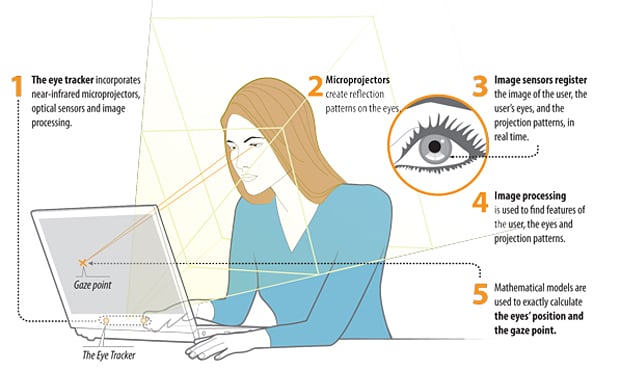 The EyeX can also be used in e-sports broadcasts and to help developers improve their game by showing where a player is looking as he’s playing. Skip to around 12:30 in the video below to see that function in action:

As you can see the hardware seems quite capable, but it’s not going to succeed if developers don’t integrate it – and integrate it well– into their games.

Tobii & SteelSeries will release EyeX developer kits this year for $195 (USD), but for a limited time they can be bought for a steep discount: $95 for US customers and €75 for non-US customers. Just enter the promo code ‘CES2014’ on Tobii’s online shop when prompted. As with its tablet incarnation, I can see the EyeX being a boon not just for creating better or new ways to play games, but to help the disabled play conventional games as well. I hope developers and hardware hackers will explore that possibility too.

[via Tobii via Destructoid]