Another day, another gazillion Bluetooth speakers. Vizio recognizes this lack of market differentiation, and has come up with a wireless speaker which truly ups the ante. Vizio’s upcoming series of portable speakers will fully support running Android apps on a built-in touchscreen. 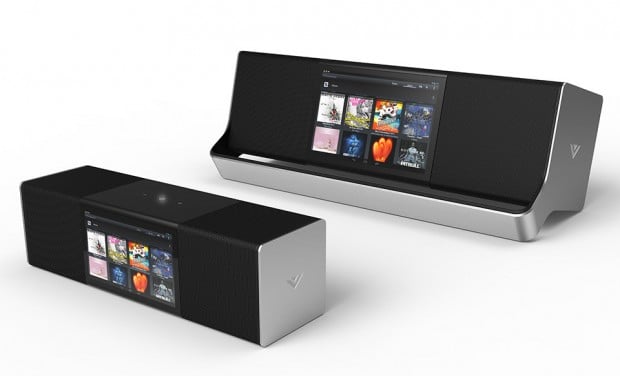 Just revealed at CES 2014, Vizio’s Portable Smart Audio devices both run Android KitKat (4.4), and can install and run apps from the Google Play store. With these handy devices, you’ll be able to not only listen to music or watch video streamed from the Internet – they don’t require a Bluetooth connection to your smartphone or tablet. Though you’ll also be able to stream from Bluetooth or USB devices if you so choose. 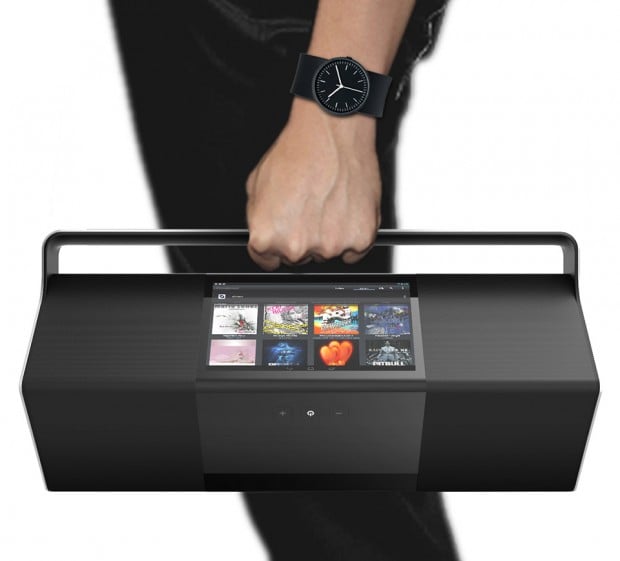 You’ll be able to do everything from use the screen and apps for an alarm clock, to watch movies streamed from services like Netflix. The first two devices in the series will come in a bookshelf-happy size with a 4.7″ screen, or a boombox-like version with a 7″ screen and a built-in carrying handle. Plus, both models will offer integral lithium-ion rechargeable batteries for true portability. 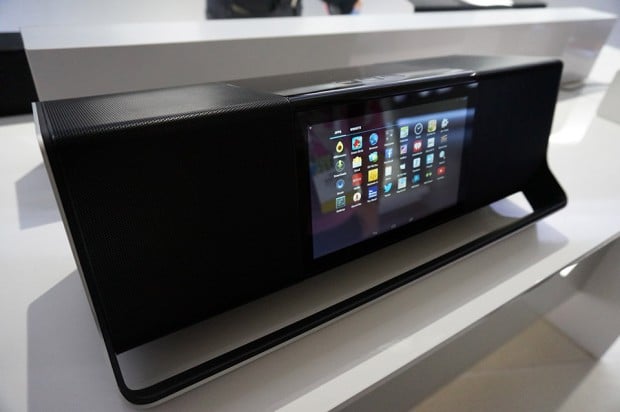 Having played with the prototypes of both models, I was impressed with the room-filling sound of both, though I greatly preferred the larger model, thanks to its bigger touchscreen, and much more substantial sound output. The handle and industrial design of the larger model is more distinctive as well.

Vizio has yet to announce pricing or a release date for the Portable Smart Audio series yet, but knowing how the company always has offered strong value for the money, I’m sure they’ll be priced well. Hopefully, we’ll be able to get our hands on a review unit down the road, and I can provide more in-depth impressions then.