Now I know what you’re thinking. Most personal computers available today are already modular. That’s true, but what Razer wants to do is to make swapping computer components as easy as replacing the batteries on your remote control. 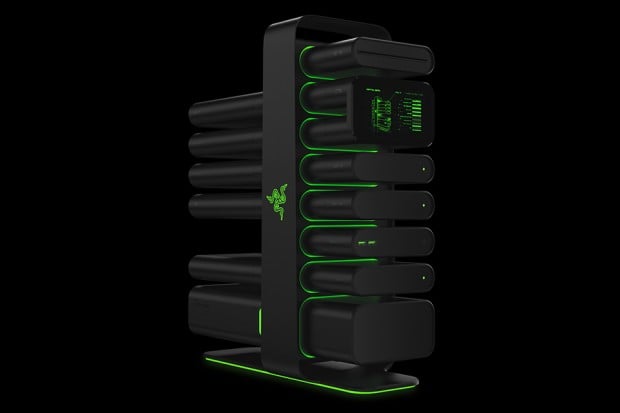 Project Christine has a base station with a number of slots with proprietary connectors. To build your PC, you just plug in the components to the base. But instead of dealing with fragile chips and odd-looking doodads, Project Christine’s CPU, RAM, GPU, storage drives and other parts will each have its own container. 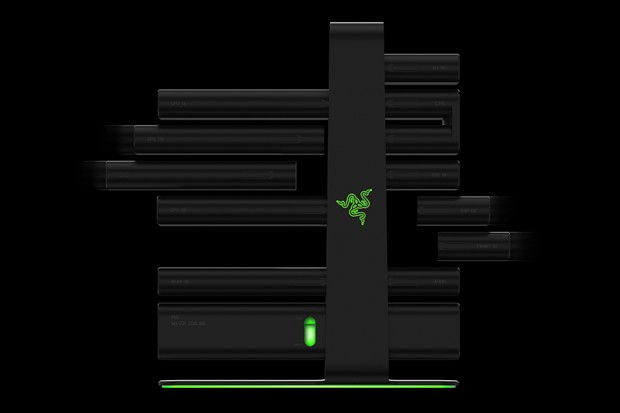 Each container will be labeled and it will be able to connect to any slot or slots on the base station. No cables, no fragile connectors and no need to figure out which part goes where. In other words, the modules work like USB devices. Project Christine will also have an LED touchscreen that shows the status of its modules. 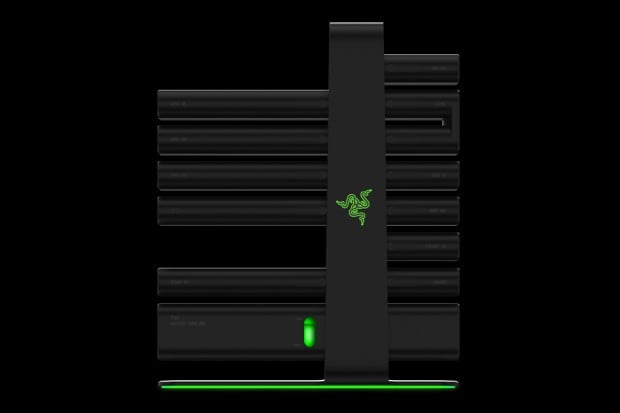 This means even non-techies can assemble, maintain and customize their own rigs. If you want more storage, then fill the slots with storage drives. Project Christine can have up to five storage drives, one SSD and four HDDs, with the latter configurable to a RAID 5 setup. If you want multiple GPUs, by all means slot them in. The computer can have up to a quad-SLI setup for its graphics cards. Same goes for repairs. Busted power supply? Swap it out. No need to open a dusty case. 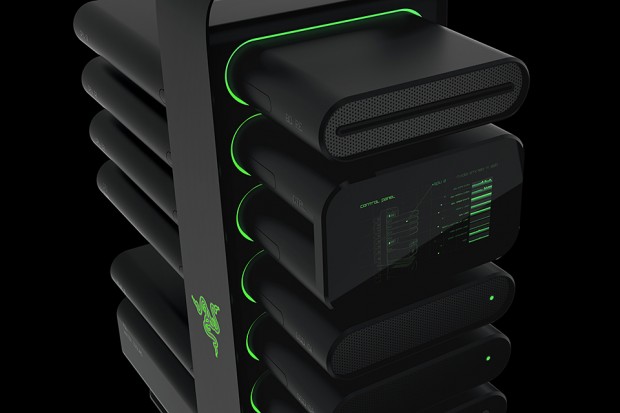 The tradeoff here is probably going to be the price of the components, especially if Razer monopolizes the distribution of the modules. But even though it has not released any estimates, the company has a proposal to make upgrading Project Christine easy on the wallet: a subscription service. Razer CEO Min-Liang Tan mentioned this idea in his interview with Gamespot. Skip to 4:00 in the video below to him talk about it.

Subscription-based hardware? I can’t decide if that’s brilliant or stupid. Will it also cover repairs? How fast will Razer release module versions of computer parts? Do upgrades to computer parts even come at a steady pace? What if you subscribe and nothing awesome comes out in a year? 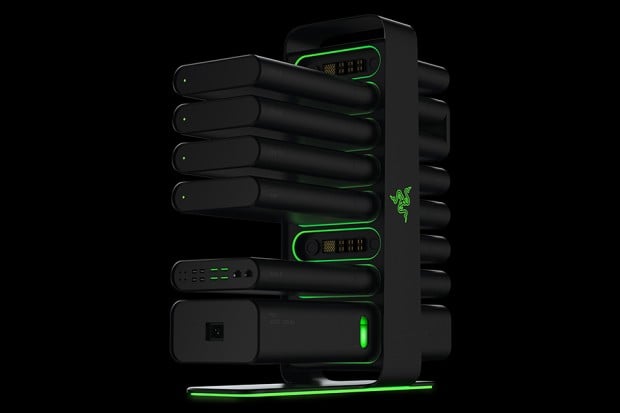 I do however love the idea of a foolproof yet infinitely upgradeable computer, and I get what Razer is doing here. It’s taking a page from Apple’s books: make beautiful and easy to use hardware, then charge a premium for it and control the upgrade path.

Upgrade your browser and head to Razer for more on Project Christine.