Power Pillow with Built-in Battery Recharges You and Your Gadget

That’s right folks, it’s a pillow with a rechargeable battery inside. It may seem like a joke, or at best something you wouldn’t pay for – I’ll just stuff my battery inside my pillow! – but the more you read about the Power Pillow the more reasonable it sounds. 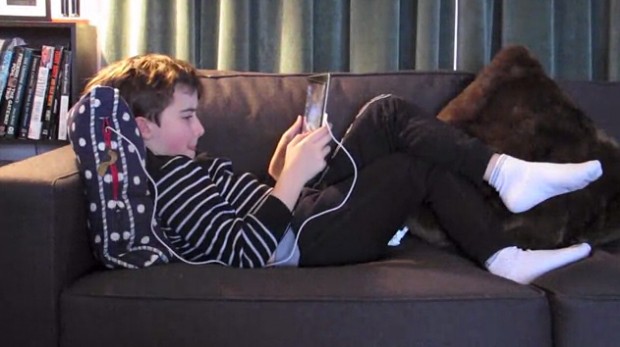 The Power Pillow was obviously made for those times when there’s no electrical outlet near your bed or couch. The bundled 12,000mAh rechargeable battery fits inside the pillow’s soft compartment, although you’re free to place other batteries inside the compartment. The battery has two 5V USB ports – one charges at 2.1A and the other at 1A.

Power Pillow is currently raising funds on Kickstarter. The original plan for was for it to come with two batteries, the idea being one battery will be ready to use while the other is being charged. But for the duration of the fundraiser a pledge of at least $74 (USD) gets you a Power Pillow with one 12,000mAh battery and one micro-USB cable. Pledge at least $125 if you want to get two batteries (and two micro-USB cables) with the pillow. You can also pick from several designs for the pillow cover.