This Dalek was caught invading CES 2014. He was not built on Skaro however, but by car audio company Massive Audio for display at their CES booth. I bet he caught tons of attention. It is actually a giant speaker. But still. Kill it now! 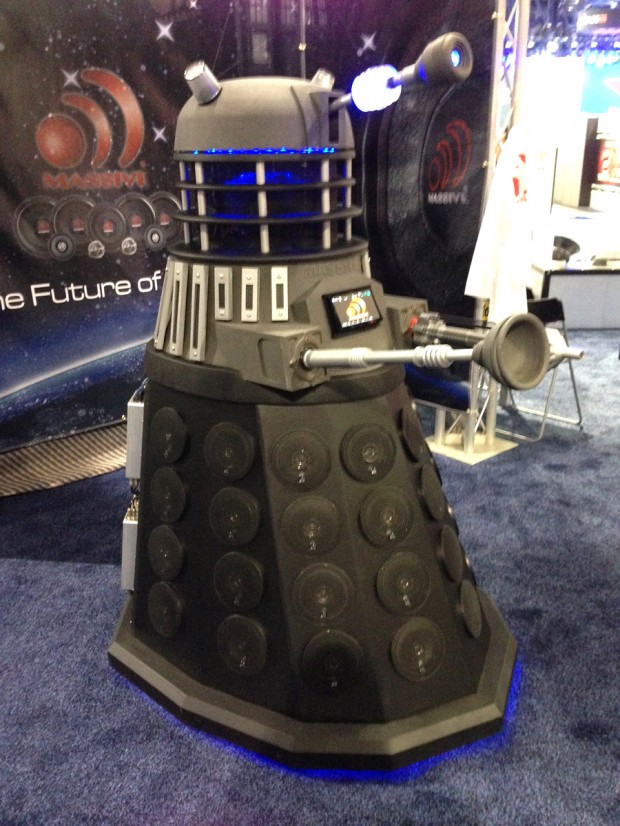 This Dalek measures six feet-tall and was built using 32 woofers on the bottom, a big subwoofer in the head and 5,000 watts of amplifiers. Yes, that is a powerful Dalek indeed. He plays music streamed through your smartphone or tablet. The whole creation weighs 926 pounds and cost $25,000 to make. It will be auctioned off on eBay for the BBC’s children’s charity sometime this summer, so you can potentially own this guy.

Now all we need is for the Cybermen to show up with some tweeters in their helmets.