You may or may not recall Google TV. That was Google’s first attempt at an operating system aimed at the TV. The biggest product to use that Google TV was was the Logitech Revue, which failed miserably and was retired. At CES 2014, a company called Hisense is showing off a device called the Pulse Pro. 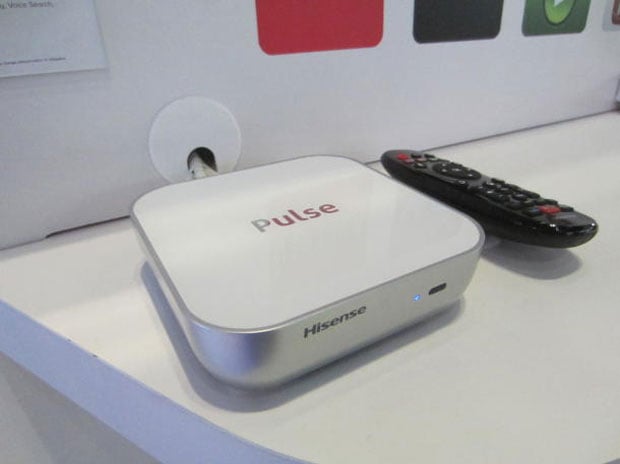 While its not claimed to be running Google TV, C|NET reckons the version of Android that the Pulse Pro is using is the next iteration of Google TV. The device connects to your TV like other set top boxes and has a nice looking interface that is easy to use. 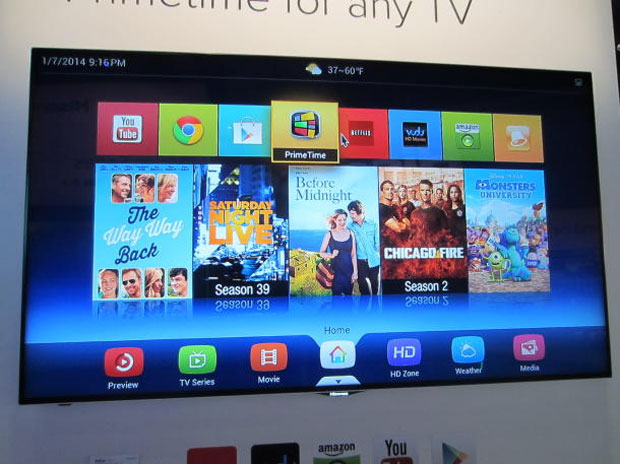 You can clearly see icons for surfing the web, Google Play, and other streaming services. The motion-sensing remote is said to be much easier to use than your typical Google TV remote. The little remote lacks a full keyboard and looks more like a remote from other home theater devices. The remote even has a mic and responds to voice search queries. Other features include integrated Wi-Fi and Bluetooth connectivity.

It’s unclear when the Pulse Pro will launch or how much it will cost, but it looks like an interesting device.