Audi Now Tells You When Traffic Lights Will Turn Green

At last week’s CES 2014, Audi showed off its new Smart City Traffic Light Assistance, a system that gives you a countdown until the next stoplight on your route will turn green. So you can speed up to catch it on time, or slow down and relax because you have an extra few seconds. It’s magic! 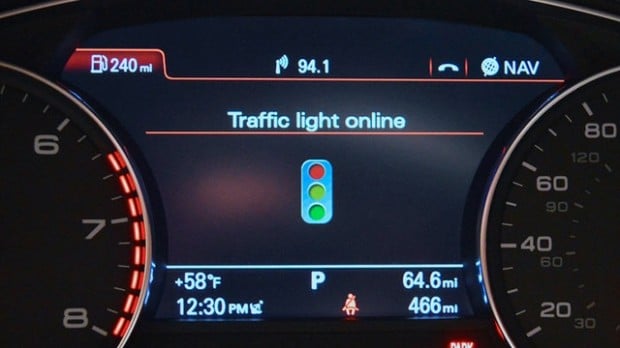 The Smart City Traffic Light Assistance system uses local data sources about traffic light patterns and timing. This info is beamed to your vehicle over Wi-Fi. The system uses this data and the speed and heading of your vehicle, to determine how long you have and gives you a countdown timer for when the next traffic light will turn green.

Okay, it is more math than magic, but it is a thing to celebrate. Now we will know the future. At least as far as traffic lights are concerned.