Portable gaming computers are nothing new. Micro-ATX and Mini-ITX motherboards let you create relatively light and compact rigs, though often at the expense of hardware specs. In an attempt to come up with a perfect compromise between power and portability, CyberPowerPC decided to emulate a briefcase for its upcoming LAN-ready rig, the Fang Battle Box. 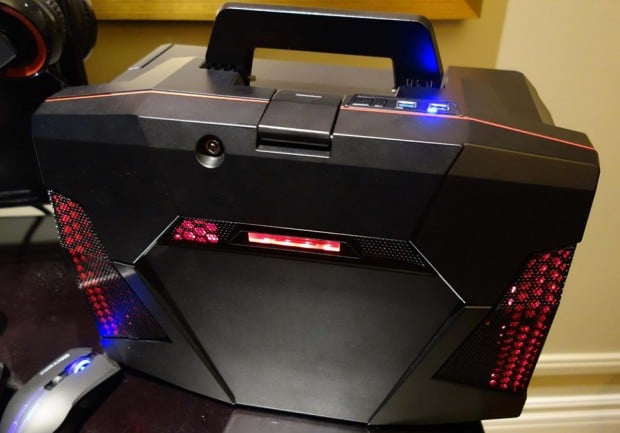 The Fang Battle Box uses a Mini-ITX Z87 motherboard but is roomy enough to accommodate components that you’d normally reserve on your main computer, including powerful but bulky graphics cards. Like a briefcase, you can gawk at the Battle Box’s internals by unlocking its latch, although I’m not sure if you can easily swap its components as well. 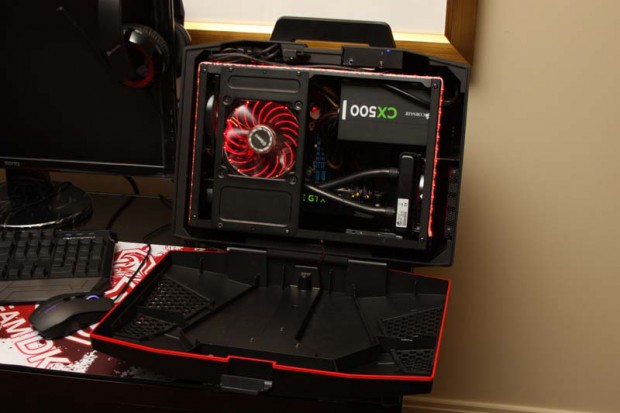 CyberPowerPC will let you customize the specs of the Battle Box when you place your order, that much is certain.

Other neat touches on the Battle Box include two USB 3.0 ports placed near its handle  –beside its power and reset switches – and large rubber feet on its underside.

I bet Ben Heck would love to put a screen on this and make the world’s fattest laptop. There’s no word on the base price for the Fang Battle Box, but it will be available for order from CyberPowerPC within the year’s first quarter.

[via eTeknix & MaximumPC via Mikeshouts]