It seems like each time I get a new game console or computer it feels like I will never use all the storage space on the hard drive. Then before I know it, I am having to decide what I want to ditch to get enough space on the drive for new items. If you own a PS4 and you want to upgrade the HDD, the good news is that it is a user serviceable part. 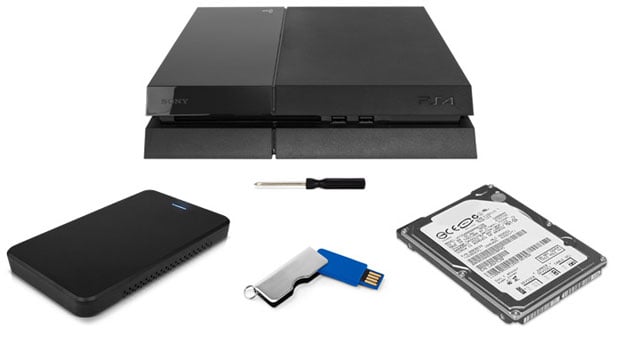 It won’t void your warranty to replace the drive that comes from Sony inside the PS4 with a larger capacity HDD or faster SSD from OWC. The company has a pair of SSD upgrades for the PS4 with 240GB or 480GB of storage and faster access speeds. The 240GB SSD kit sells for $219 while the 480GB version is $399.

The HDD upgrade kit with a 1TB drive is $99.99 with the 1.5TB HDD upgrade kit selling for $149.99. All of the kits include everything you need including the new drive, flash drive for data transfer, instructions, screwdriver, and even a USB enclosure for the drive you take out of the PS4.