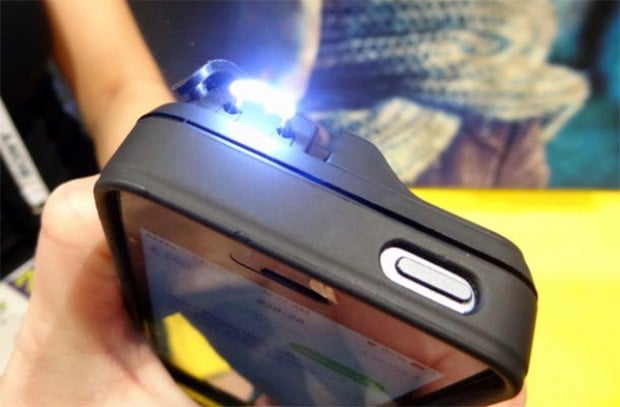 The case is available in multiple colors, including pink. It has a removable stun gun and the case itself is made out of TPE material. The stun gun can deliver 650,000 volts to an attacker.

That will certainly make you lay down on the floor and take notice if you get zapped with it. It has ambidextrous triggers and you have to flip back a safety strap to use the stun gun before you deliver a jolt to an attacker. It’s also 50% more powerful than the previous model. Ouch. 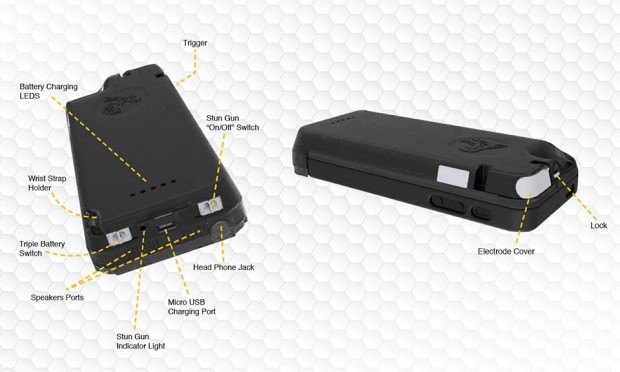 One thing about the case that is clear from this BBC video is that it is very bulky.  The Yellow Jacket stun gun case for the iPhone 5/5S will sell for $149.99(USD) and is available for pre-order now.