When Babies Attack, Only Garbage Men Are Unafraid

I like a good prank, especially when its played on unsuspecting people on the streets. something about strangers getting the crap scared out of them in public makes me smile. A new movie is coming out soon called Devil’s Due, and to promote the film Thinkmodo created a horrific baby to prank passersby. 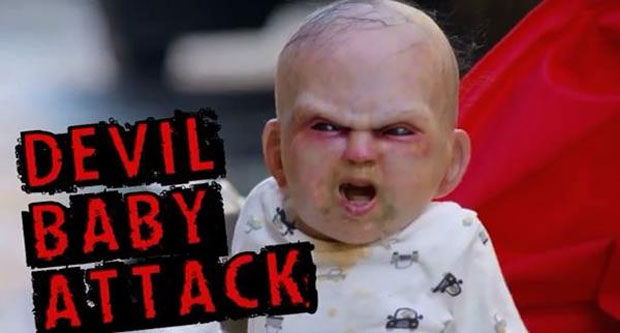 The creepy animatronic baby was put inside a stroller. Both stroller and baby are remote controlled and the little devil can pop up and shoot milk out of its mouth Linda Blair style. You have to watch the video yourself, so I won’t give any more away:

Needless to say, people scare easily. That is until the devil baby rolls up on the trash man, he doesn’t even blink. Clearly, he is someone that has seen it all.