The new Mac Pro’s case makes it look like a trash can, so a German’s PC enthusiast with a sense of humor decided to build a Hackintosh – a user-assembled computer made to run OS X – and put it inside an actual trash can. Tonymacx86 forum member Dschijn shared some of the computer’s photos. 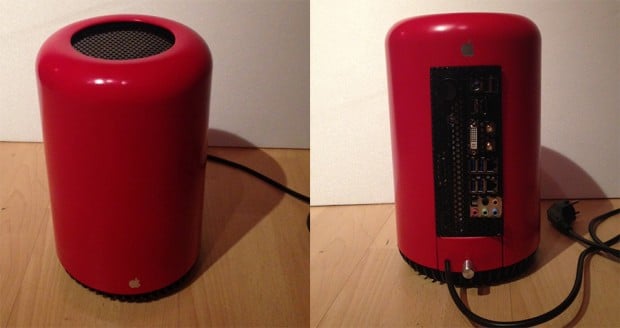 The computer is inside a modified Lunar, a plastic trash can sold by Authentics. The similarity ends at that joke however, because this Hackintosh has modest specs. It has a Gigabyte Z87 Mini-ITX motherboard, an Intel Core i3 Haswell CPU, a Radeon 7750 GPU and an unspecified SSD and HDD. I’m doubtful the real Mac Pro has anything to worry about. 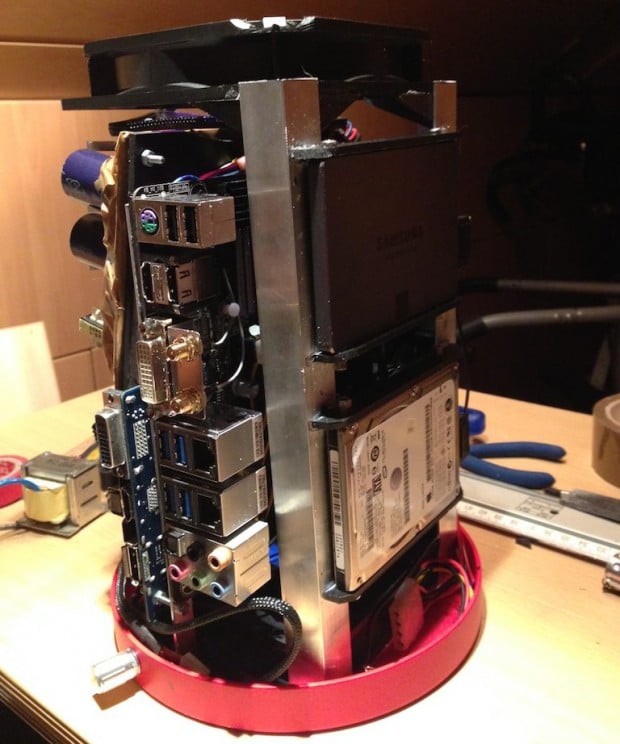 Creativity on an epic scale. Check out Dschijn’s thread on Tonymacx86 to see more of the casemod.