Many of the so-called smart TVs today have built-in browsers, apps and other fancy features, but most of them can only be viewed one at a time, i.e. when you’re not watching TV. A new company called SeeSpace wants to make cable TV smarter with InAiR, a device that displays information without interrupting what you’re watching. 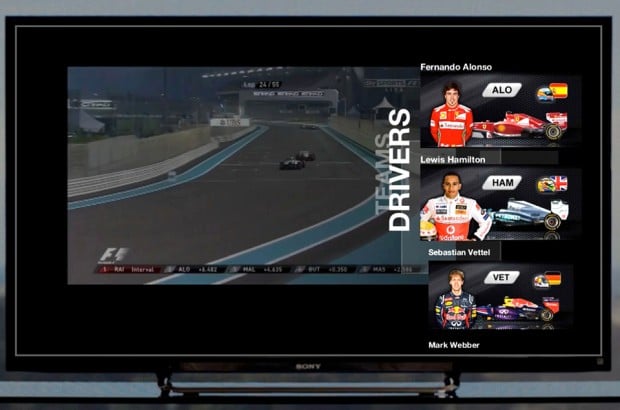 InAiR is meant to plug in between your HDTV and your cable box. It also needs a spare USB port for power as well as a Wi-Fi connection. Once it’s online, supposedly InAiR will be able to detect what you’re watching and provide links to contextually-relevant content. How it detects the content you’re watching is unclear, other than to say that they have a patented content recognition engine which works this magic. 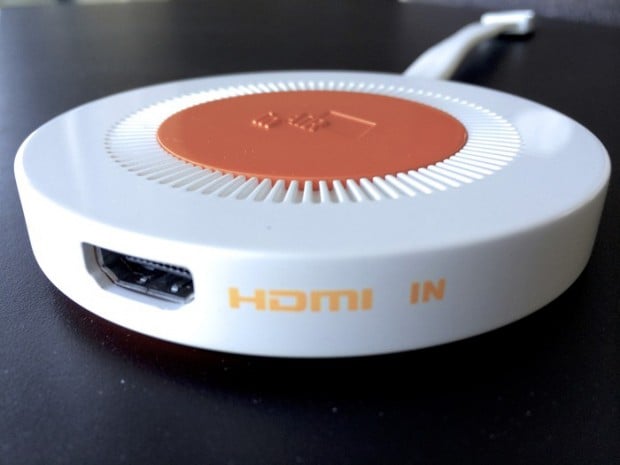 For instance, the video below shows InAiR displaying information about an F1 race being shown on TV. The concept videos and photos also imply that you’ll be able to connect to social networks with InAiR. All of the things that InAiR displays will appear to float on top of your TV. The floating effect should be more distinct on a 3D TV, but InAiR will work on non-3D HDTVs as well.

You’ll be able to control InAiR using your Android or iOS mobile device as a wireless trackpad. SeeSpace will also add support for reading gesture commands with the Kinect and Leap Motion.

Pledge at least $89 (USD) on Kickstarter to get an InAiR unit as a reward. You’ll need to pony up at least $119 if you want the 3D capable version. While SeeSpace says the InAiR is compatible with all cable, satellite and broadcast TV content, it’s unclear if it works with streamed content or movies played from disc.