I am a sucker for cool LEGO projects. If I see one, you bet I will share. I will share even if I don’t know the show or what it is about. Case in point is this LEGO Downton Abbey build that has recently turned up. All I know about that show I learned while watching Iron Man 3. 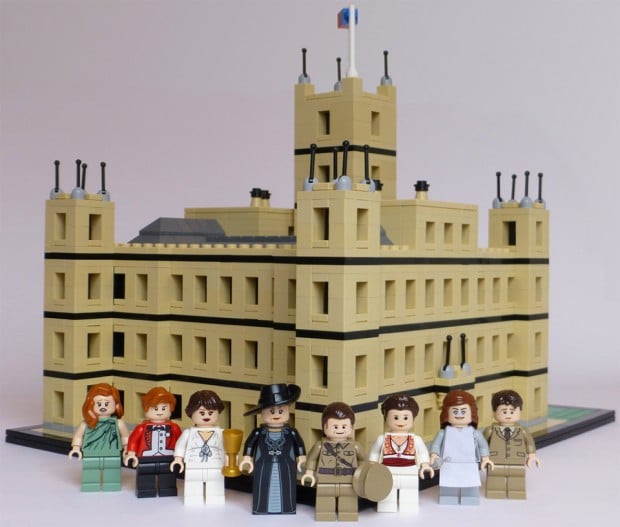 I watched the movie Emma in the theater with my wife years and years ago. I still haven’t recovered and shun anything that looks remotely English and romantic. The closest I want to come to an English period costume drama is Game of Thrones.

Regardless, this LEGO Downton Abbey build by Eric Stevens looks pretty neat. The builder of the LEGO Abbey even made the characters from the show in minifig form.

This doesn’t look to be one of the more complex LEGO projects we have seen, though the minifigs look like they required a lot of work. I wonder how long it took him to build the Abbey and the minifigs.