I am a fan of Dish Network, thanks mostly to the slick Hopper whole-home DVR system they offer and the AutoHop feature that removes the commercials so I don’t have to fast-forward. That also keeps me from forgetting I am watching a DVR program and watching the commercials anyway. Dish has an offering in place with Southwest Airlines that’s been live for the last few months.

The service is called “TV Flies Free” and allows people on Wi-Fi equipped Southwest flights to watch free streaming and live and on-demand TV shows on their Android or iOS devices. Dish and Southwest have announced that they are extending that free TV offer. 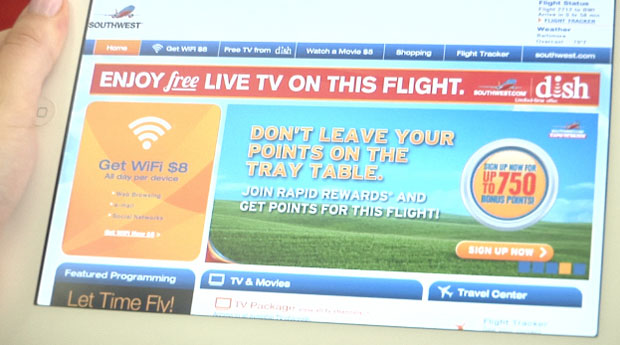 Now if only they’d let you stream Netflix and HBO GO on airplanes.