The past couple of years saw the launch of tiny computers meant to replace the traditional desktop setup. We have Android mobile devices that dock into larger devices, Android-on-a-stick HDMI devices, Windows 8 and its hybrid army and Canonical’s vision of a smartphone that’s also an Ubuntu desktop computer. A company called ICE wants to join the race with its xPC. 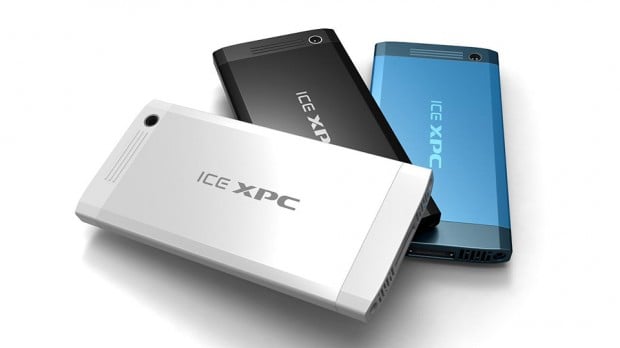 Like hybrid Android devices such as the ASUS Padfone and the Motorola Atrix, the xPC uses docks to change forms. However unlike those devices the current xPC prototype is not a smartphone and is thus useless by itself. It’s main advantage is that it can run the desktop versions of Windows. It houses an unspecified Intel Atom, Intel Core i5 or an ARM CPU, 2GB to 4GB RAM, 32 to 128GB SSD, a camera, an accelerometer, a gyro sensor and Bluetooth and Wi-Fi connectivity. 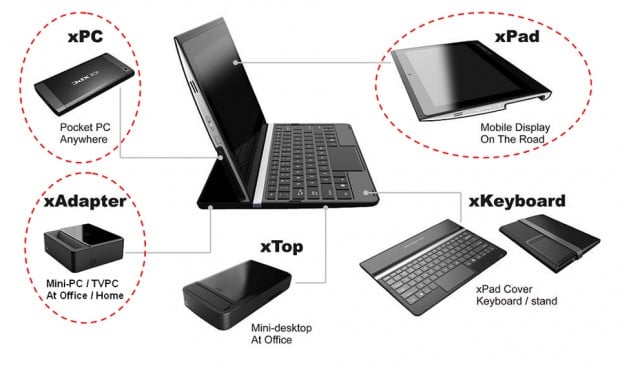 ICE plans to launch three docks with the xPC: a tablet dock, a mini-HTPC dock and a mini-desktop dock. The last two docks both have a couple of USB 3.0 ports, an HDMI port, an earphone jack and a speaker, but the mini-desktop dock will also have a hard drive bay.

Pledge at least $259 (USD) on Indiegogo to get an ICE xPC and a mini-HTPC dock. I think the mass market will soon be flooded with cheap display-less computers like the xPC. But if I had to buy a budget work computer right now I’d still go for a cheap laptop.