So a Predator has been spotted proposing to his human girlfriend. He was backed up by his friends: a Stormtrooper, Starcraft medic and Bumblebee. Yeah this kind of stuff happens everyday. But wait, he’s doing it all wrong. 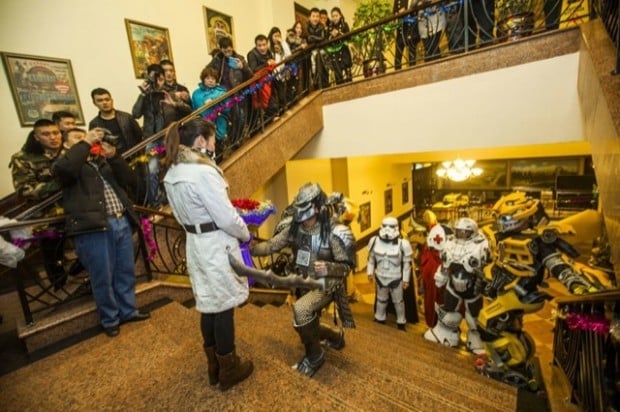 I thought Predators proposed by ripping the spines from their prey so that they can’t get away. That’s also why no one ever says no to a Predator proposal. I don’t know. I know that Predators love their trophies, I’ve just never seen one get down on his knee before to get one. 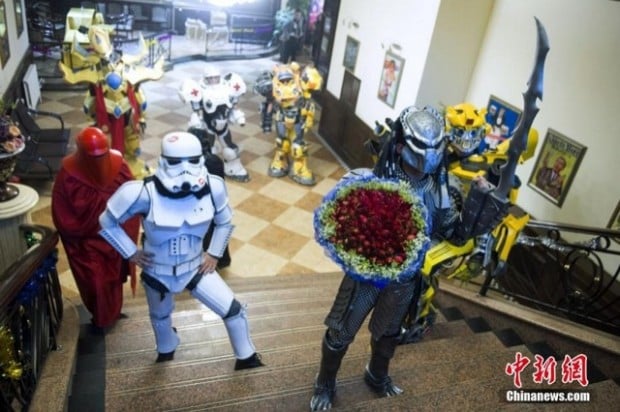 Zhao Ming is the lucky guy who did the proposing. This almost makes me want a new superhero team with Predator, Bumblebee and that Starcraft medic. Oh yeah. Vader is there too, wearing some sort of Imperial diaper tech thing. Check out more pics of the craziness at the link. 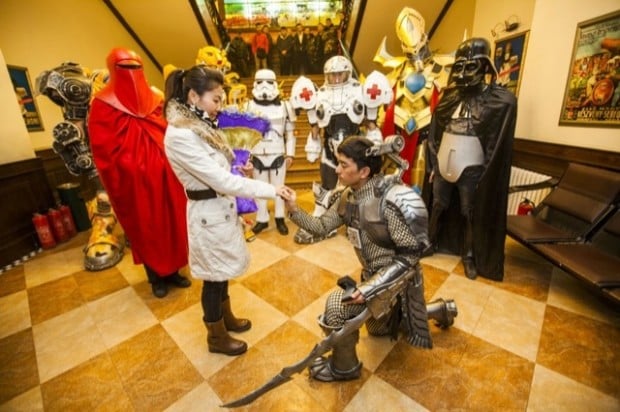 [via Kotaku via Geekologie]