It’s gotten ridiculously frigid here in Chicago, what with the recent Polar Vortex and colder than normal winter. But I’ve never seen anything like this scene, recently captured in Norway: 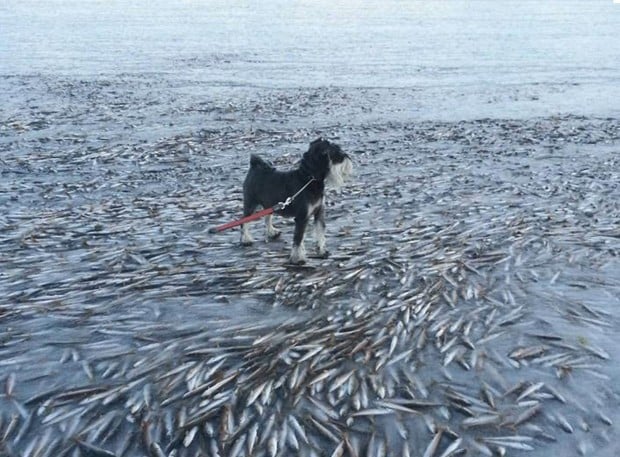 Apparently, when harsh winds caused temperatures over a Norwegian bay to drop to sub-freezing temperatures, the fish swimming close to the surface were flash frozen. While the air temperature of -7.8°C (~18°F) seems balmy by Chicago standards, it was enough to put the instant deep-freeze on the fish.

According to locals, the water and fish remain frozen, and the birds and whales will have a field day when the thaw eventually comes.