The last time we featured Bunnie Huang and Sean “xobs” Cross, they revealed that SD cards are computers too. If you look closely at one of the slides in their presentation (pdf), you can see that they used something called “Novena” to crack the firmware of the SD cards they tested. It turns out that Novena is a custom laptop that the two programmers built. It’s a work in progress that they hope will eventually be made of 100% open source hardware. 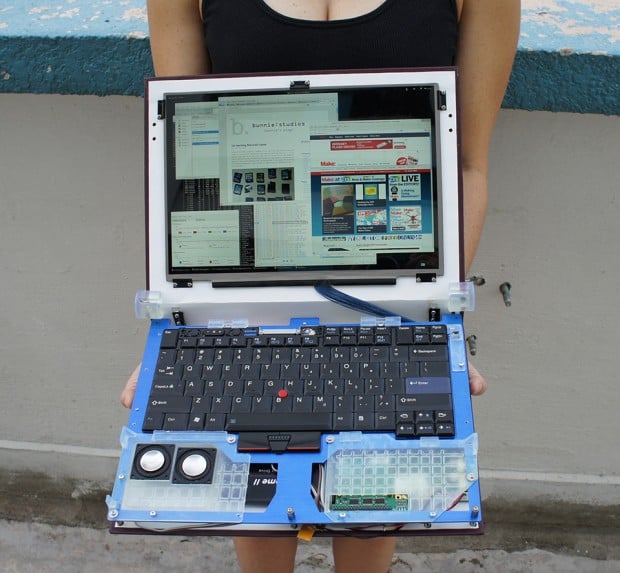 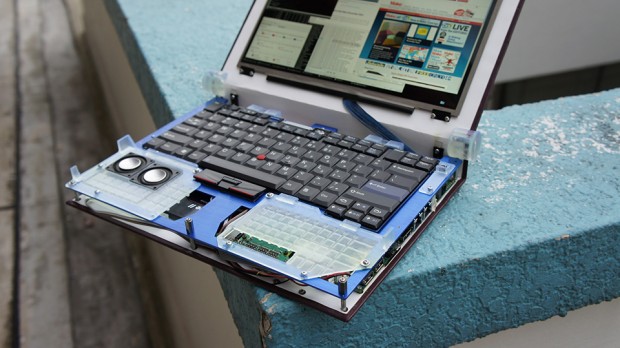 The current Novena laptop has an ARM-based Freescale iMX6 CPU, 4GB RAM, a 13” 2560×1700 LED-backlit panel, two USB ports, an Ethernet port, an HDMI port an SD card reader and a microphone and speaker port. But the Novena isn’t just a netbook with a high-res screen.

In a recent blog post, Bunnie enumerated a number of requirements for Novena, the first and foremost being, “All the components should have a reasonably complete set of NDA-free documentation.” Bunnie said that first commandment alone significantly narrowed their choices. They also decided that the laptop should be a viable hardware and security hacking platform, which meant it had to have parts not available in most consumer laptops, such as an FPGA circuit and two Ethernet interfaces. True to its concept the Novena’s internal components can be accessed by removing just two screws. 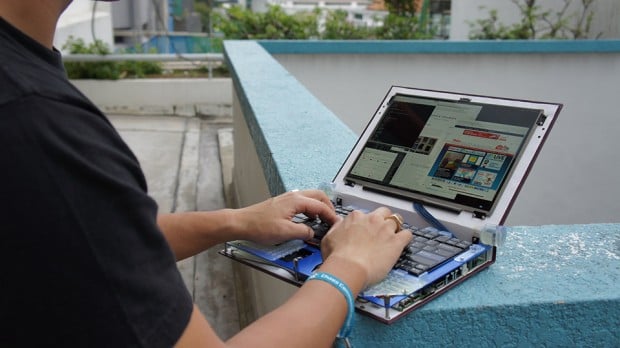 Still, as Wired notes, the current Novena’s “screen, keyboard, hard drive, power supply, and processor were all purchased off the shelf, and it’s powered by a hacked RC car battery pack.” In other words, it’s not fully open source yet. 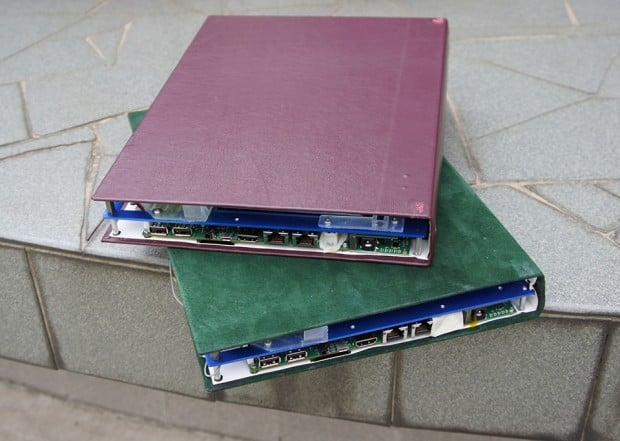 As you can see Bunnie and xobs had a bit of fun with the laptop’s exterior. Aside from its aluminum enclosure, the laptop is wrapped in leather and has a paper laminate lining as well as 3D printed decorative parts. 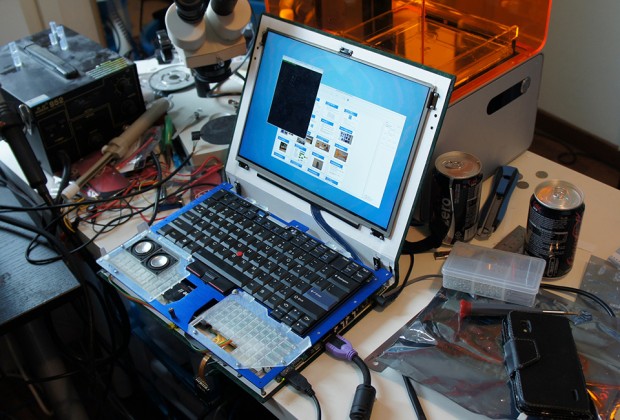 Head to the Novena wiki page for more on the laptop’s specs, including its firmware and software.