Some mothers are just plain awesome. Take the Mother of Dragons for instance. Also, the mother of redditor lkd10019312 is one such mother. Why? Because she made this amazing stitchwork map of the continent of Westeros from Game of Thrones. 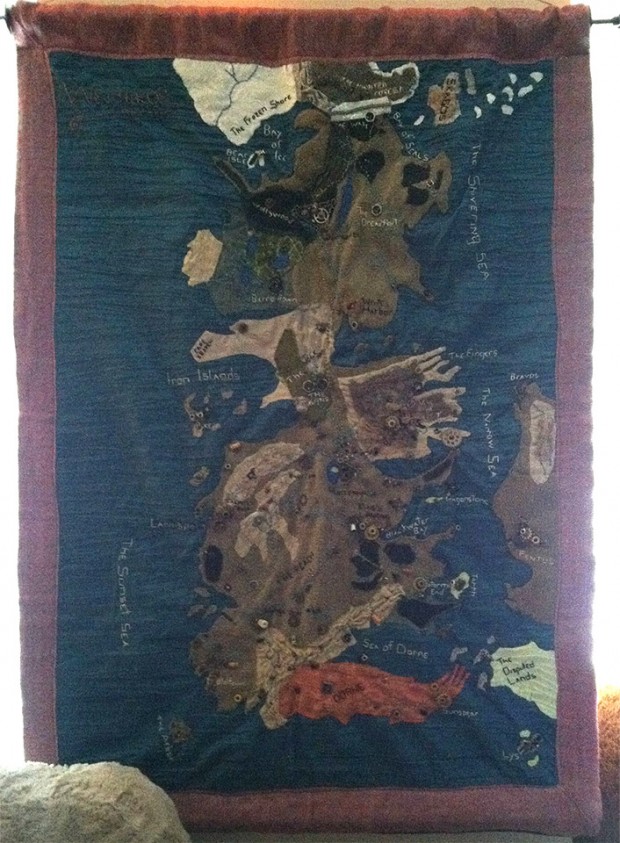 This map is very nicely detailed and very cleverly uses buttons to imitate the animated gear map sequence in the introduction of the show. This awesome map took her five months of work and it was well worth it. 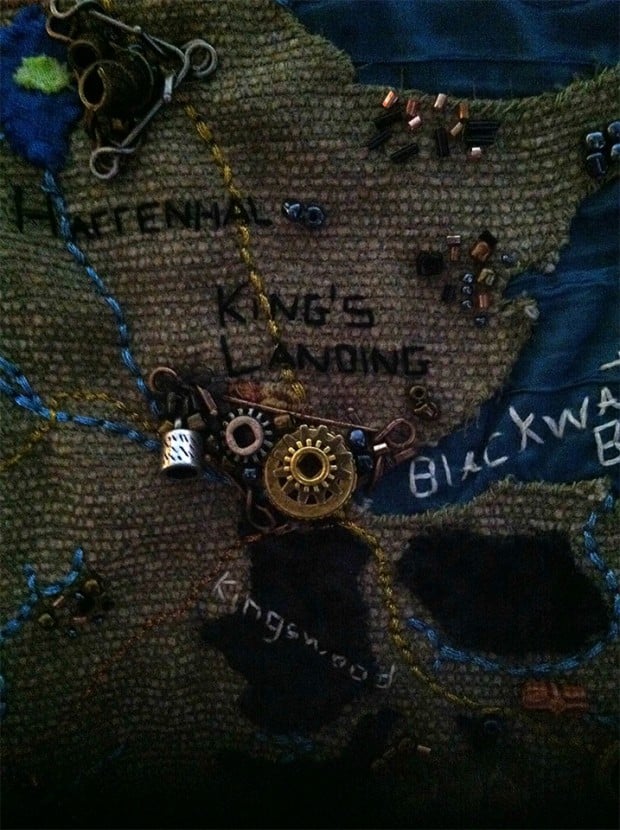 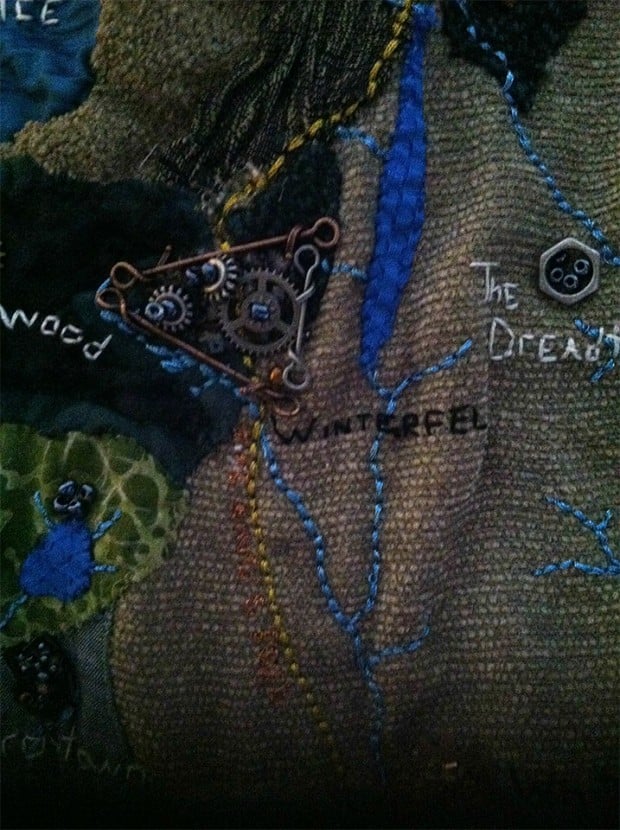 What has your mother done for you lately? Did it take her five months? I thought not. And she calls herself a mother. THIS is what a mother’s love looks like. Awesome work. 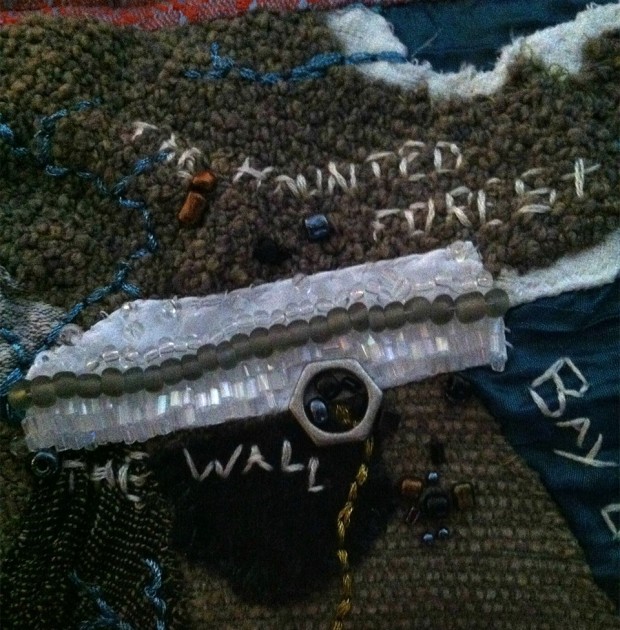