You can’t make this stuff up. Back in 1988, two diehard Star Trek: The Next Generation fans broke into the Paramount lot in the middle of the night and proceeded to film their own awkward and incompetent “documentary” as they explored the Enterprise sets. 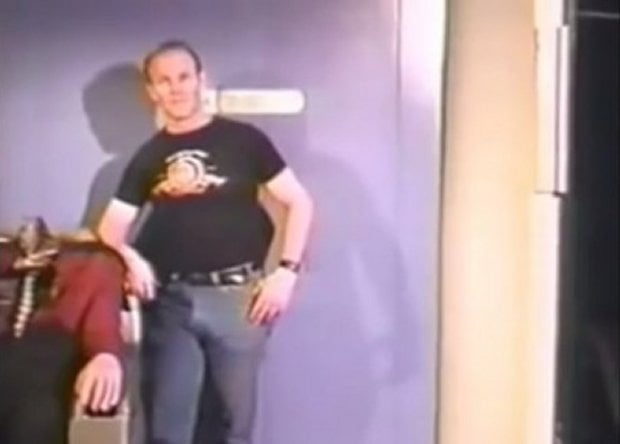 Captain Stone of the Stage 9 Interlopers shows up on camera here and there dressed in his Starfleet uniform. At one point he even accidentally breaks a prop. The whole incident is strangely mesmerizing to watch. It begins with this guy posing next to a headless Starfleet officer from the episode “Conspiracy” as they argue about filming styles, and progresses through shot after shot of awkward instructions from actor to cameraman.

I just wish we had more footage. It seems like a great comedy.