Emojis look cute in your inbox and chat windows, but they reveal nothing about the true nature of the person on the other end. Of course, you can probably vouch for people you actually know.

But what about strangers who chat you up because they find your avatar pretty or because they find your username clever? You might know better than to fall for such lines and assume that you’re chatting with a nice person because of the plethora of smiling and winking emojis he’s sending your way – but kids don’t. That can easily make them susceptible to online predators who prey on the young and innocent. 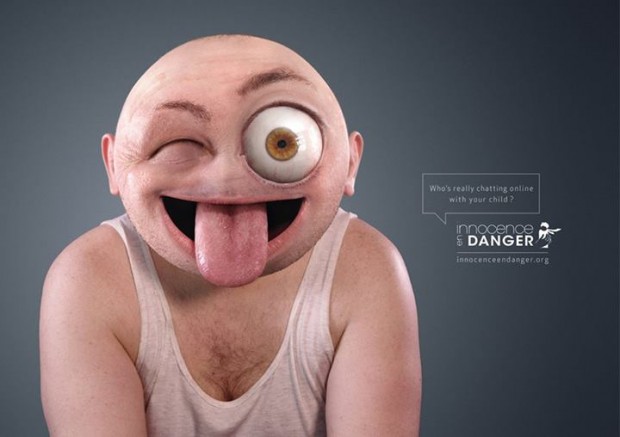 With this in mind, international non-profit Innocence en Danger commissioned ad agency Rosapark to create a series of images using creepy, real-life emoticons to raise awareness on these dangers kid can encounter online. 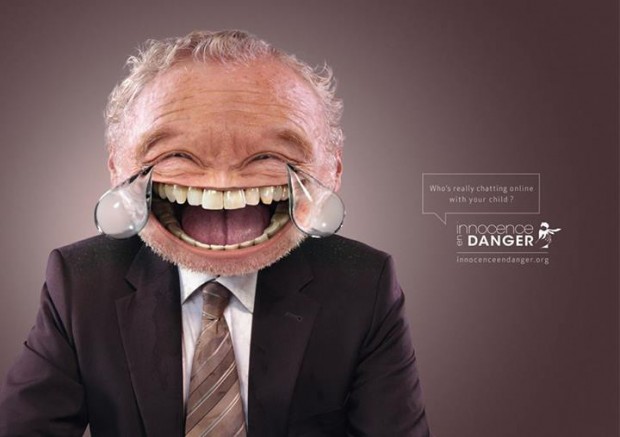 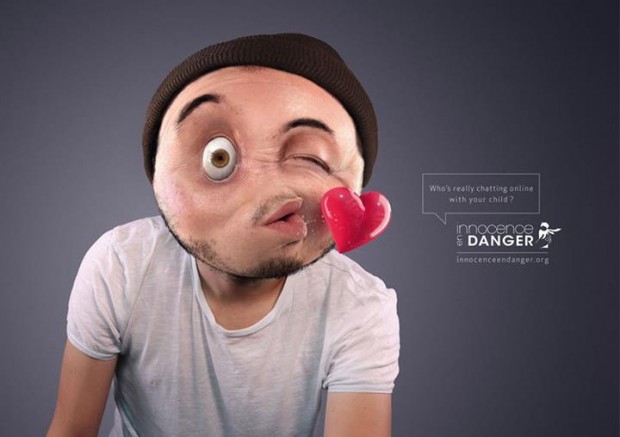 The posters and gargantuan emoji-fied faces are beyond creepy. Hopefully, the campaign will encourage more parents to pay attention to what their kids are doing online.