Dalek the Snowman is Not a Jolly Happy Soul

Winter is in full swing in most of the country. While it was nearly 70-degrees in Texas yesterday, many Northern states are still swathed in deep snow and frigid temps. Not having snow in Texas, it’s always fun to see the winter shenanigans that people in colder climates get up to. 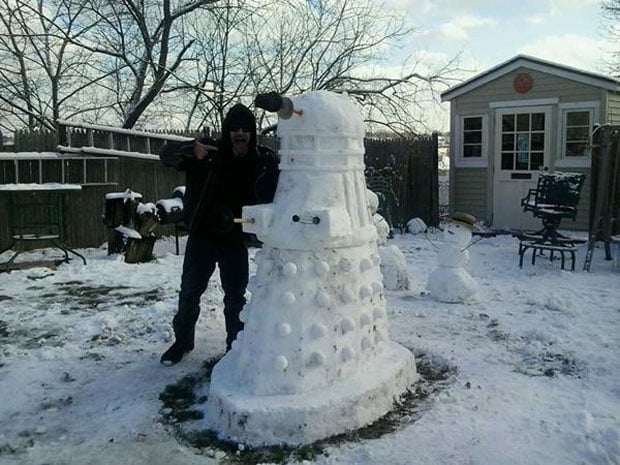 Not to be outdone by the Brits, a guy named Steve Marcote in Massachusetts has built his own 6-foot-tall Dalek snowman. It’s definitely cool and appears to use a plunger and a paint roller frame for arms. I wonder what he used to get all the rectangular indents done. 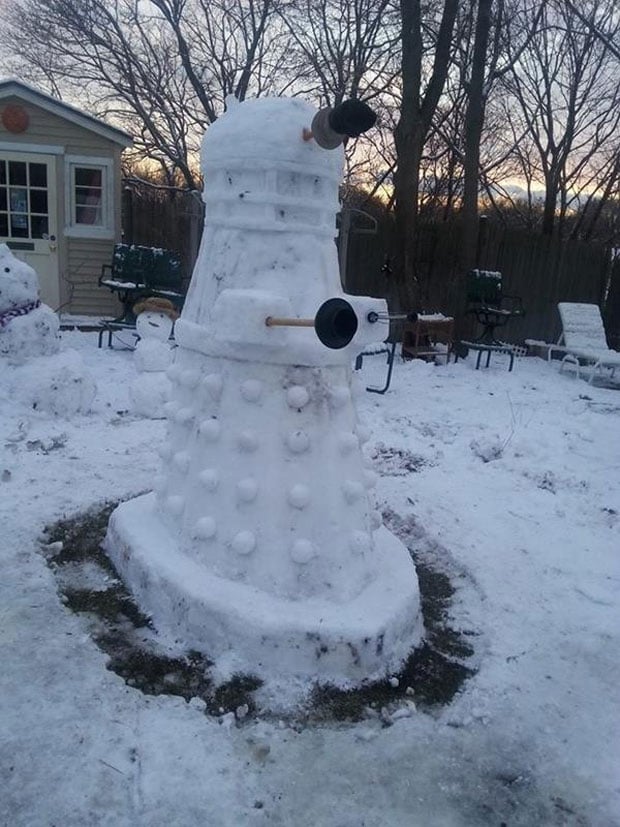 The Dalek snowman is impressively accurate looking for a snow creature. Now Steve needs to build a snow TARDIS to sit alongside it. 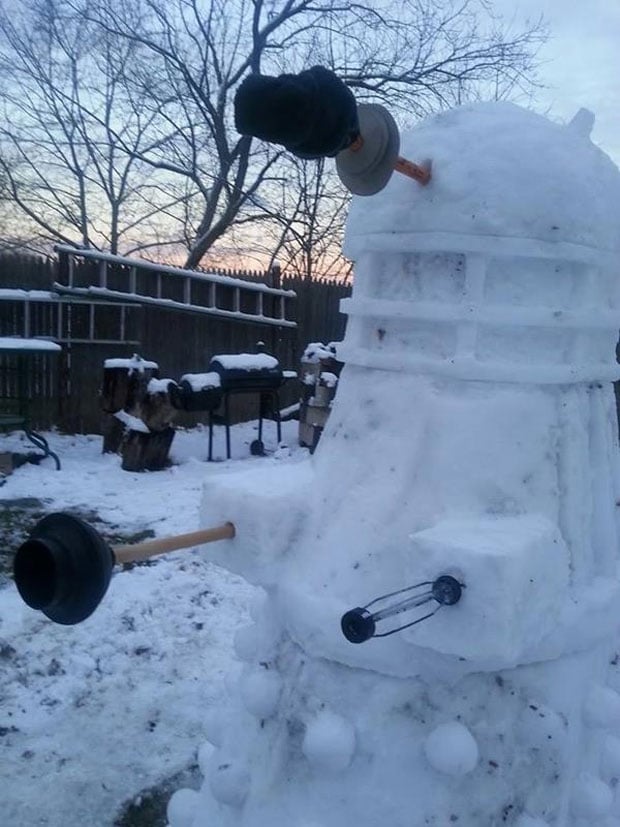 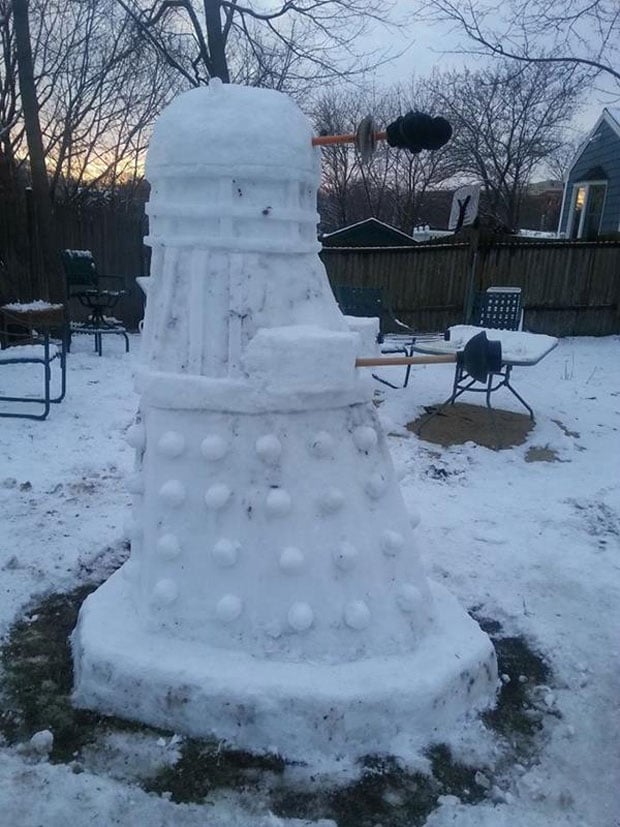