We’ve seen people use the Oculus Rift to simulate beheadings. BeAnotherLab used the virtual reality headset for something less morbid but no less interesting. The organization’s The Machine to be Another was an “artistic investigation” in which the Rift was used to give participants first person views from actual people. 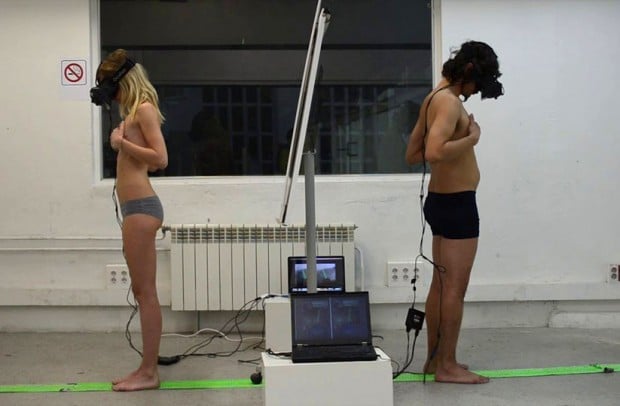 The participant could also make the performer pick up objects scattered throughout the experiment area, at which point the performer would say something about the object they picked up. It was like a first-person video game, except you’re controlling an actual person and exploring the real world.

In another experiment, two participants – one male and one female – became each other’s performer. The pair had to synchronize their movements, which is why you can see them being slow and tentative in the video below. The idea was to put the participant in the body of the opposite sex. Note that the video below contains nudity:

Amazing isn’t it? Perhaps studies and experiences like this will be a lot easier to pull off when computer graphics become more life-like. Imagine you’re a browser and head to The Machine to be Another website for more information.