A small robotics company called UFactory is working on the uArm, a small version of the industrial robot arms we often see tirelessly moving about in modern manufacturing assembly lines. The uArm is about the size of a desk lamp and is controlled through an Arduino-compatible board. 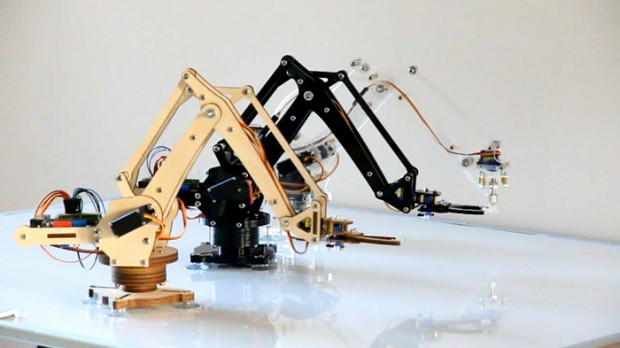 The current build of the uArm is made largely out of laser cut wood or acrylic and uses four off-the-shelf servo motors. It also has three different “hands”: a gripper, a suction cup and a small circular platform. 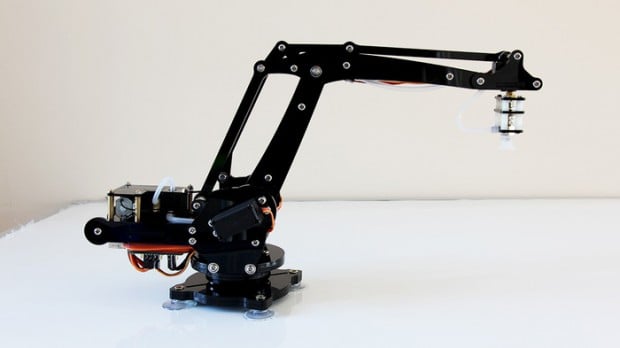 uFactory currently has a Windows program that lets you control the robot through a mouse or a keyboard. They’re currently working on Android and iOS apps too.

The company also wrote an Arduino library for uArm, so if you’re familiar with the language you can program the robot through that as well.

Pledge at least $185 (USD) on Kickstarter to get a uArm assembly kit as a reward. I’m waiting for Iron Man fans to reenact this scene with their armored pets.