Doctor Who Trivial Pursuit: Winning Proves You’re Smarter on the Inside

The Doctor Who merchandising machine has really kicked into high gear of late. It seems like every time we turn around there is something new carrying the Doctor Who brand. This time out, there is a new trivia game for fans of the series to compete against each other with. 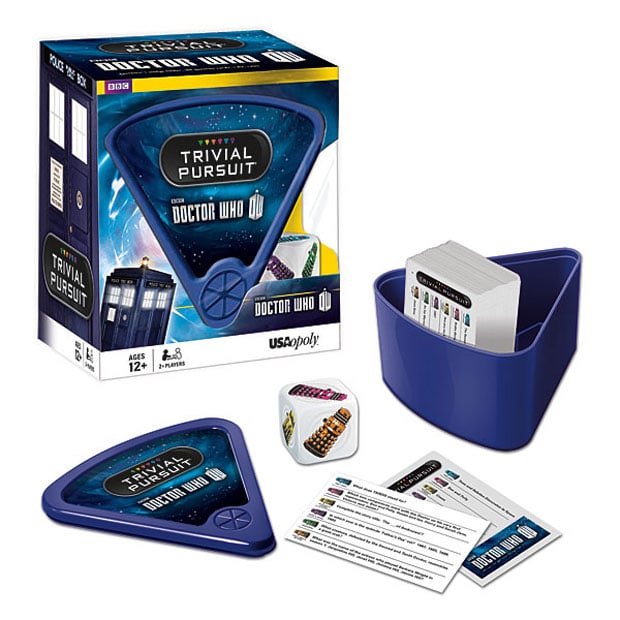 I think my friends might like this game. I usually dominate at normal Trivial Pursuit, leaving my opponents feeling dumb and defeated (with good reason). They won’t play the game with me anymore. Since I have never watched a single episode of Doctor Who all the way through, they might have a chance.

The cards have 600 questions and include categories like Time Lords, Companions, Episodes & Stories, Monsters, Cast, Crew, & Beyond, and Years and Dates. The game is available for $19.99(USD) from ThinkGeek. The game comes with a Dalek die,  numerous question cards, and a blue wedge container to hold it all. What, no TARDIS?