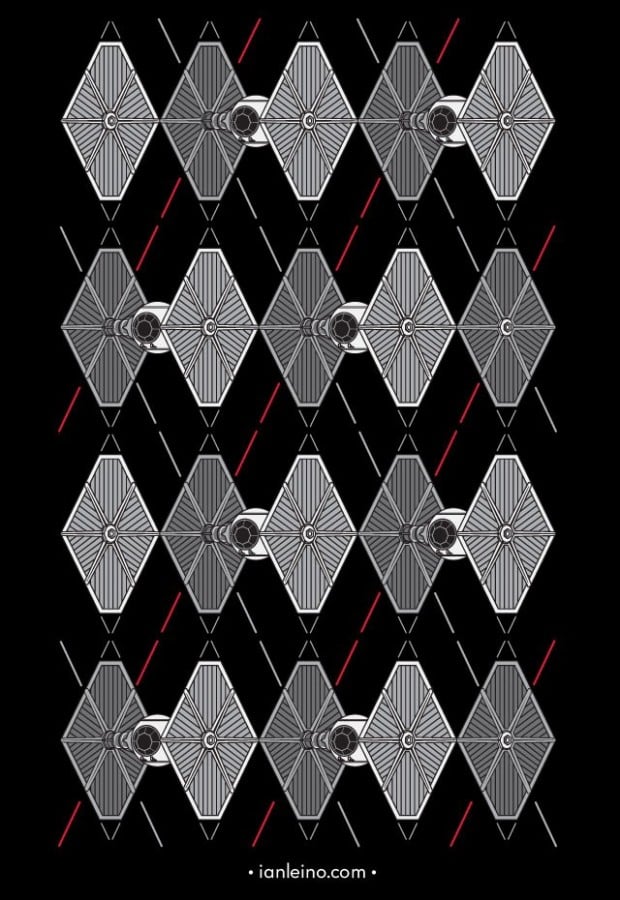 The argyle pattern has long been considered geeky and now it just got even more geek-cred. The argyle pattern is built from the wings of the Empire’s classic fighters. You can buy them in long-sleeve and short-sleeve versions. 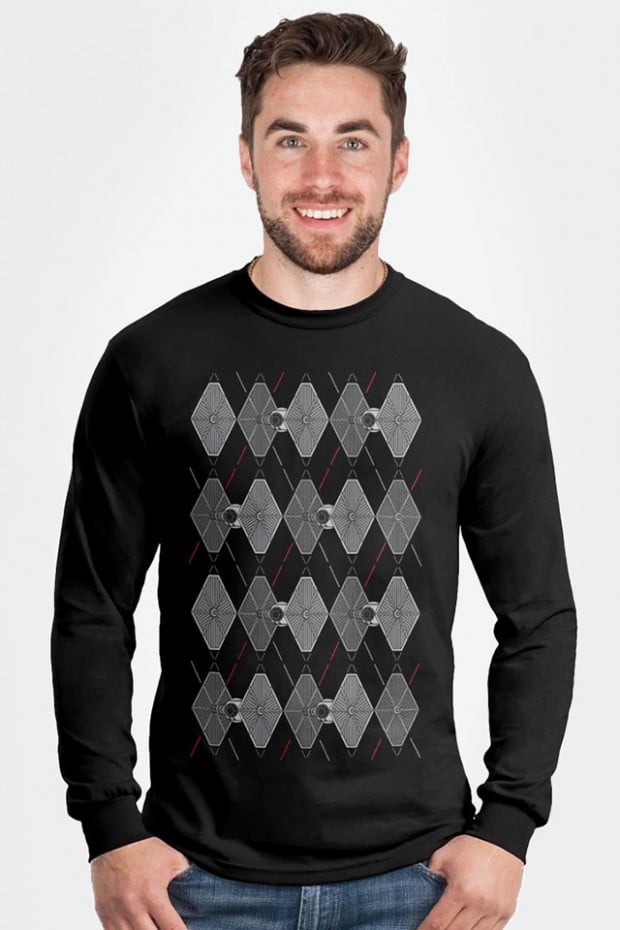 Keep things geeky and stay classy by wearing an armada of TIE Fighters. Don’t be a scruffy-looking nerf herder and do let everyone know that the Argyle Strikes Back! Pew pew pew! 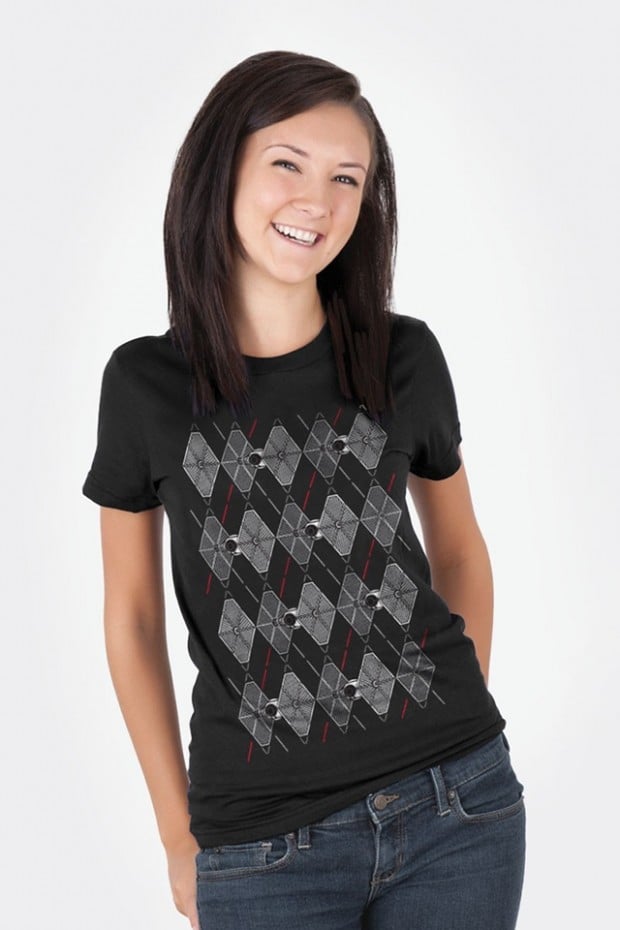 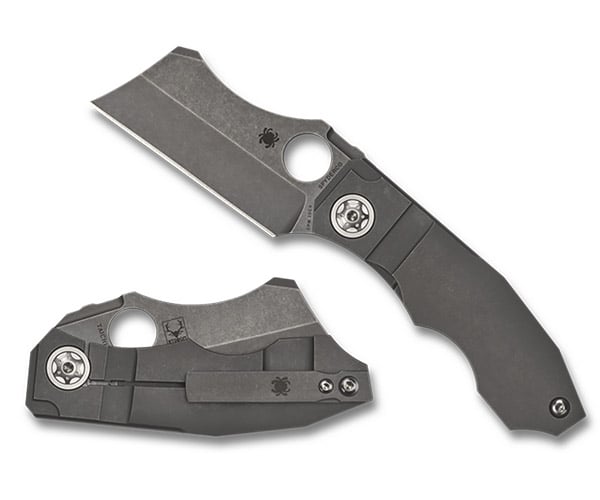