TigerDirect has been teasing for a while that Bitcoin payments would be turning up. That day has come with the retailer announcing this week that it is now accepting Bitcoin as payment for any of the items it sells. 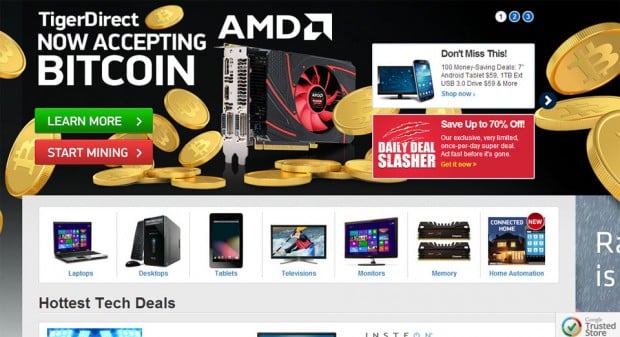 TigerDirect sells a wide variety of computer hardware, displays and gadgets among other things. The payment processor for TigerDirect is BitPay and Tiger is now the largest customer for BitPay. TigerDirect is only accepting Bitcoin online, retail stores aren’t accepting the virtual currency at this point.

TigerDirect also has a bunch of hardware that you can purchase aimed specifically at Bitcoin mining. That opens the possibility of being able to pay for items with the Bitcoins mined using hardware you bought with Bitcoin.