Disney’s Touché concept can turn many ordinary objects into touch sensors. But what if you could buy materials such as wood, foil or paper that were already touch-sensitive off the shelf? That’s one of the dreams of a group called Embodied Interaction. To prove that the idea is applicable, the group made sheets of flexible and cuttable multi-touch sensors. 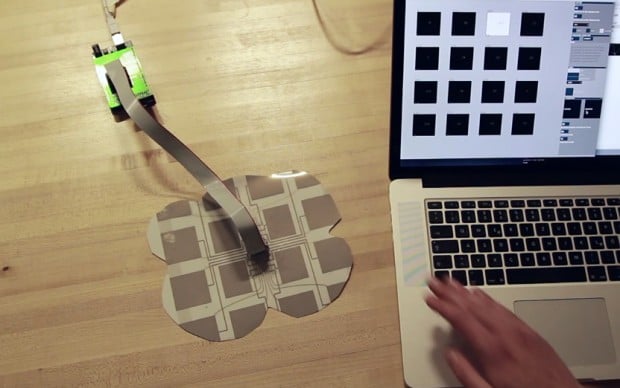 According to researchers Simon Olberding, Nan-Wei Gong, John Tiab, Joseph A. Paradiso, and Dr. Jürgen Steimle, their multi-touch sensor works even when parts of it are cut because of two main factors: how the electrodes – the points that sense touch – are wired to their connectors and where the connectors are located. 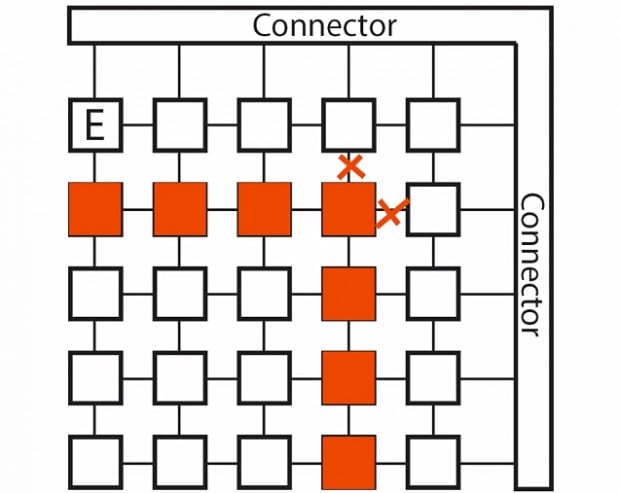 As the group claimed in their research paper (pdf), in conventional touch sensors electrodes are arranged in a flat grid and are wired to the connectors and to each other, as seen above. This presents two problems. First, several electrodes are dependent on one wire. Also, because the connectors are located at the edges of the sensor, you can’t damage or cut out those edges or you’ll leave the whole sheet useless. That won’t cut it for a cuttable sensor. In addition, conventional touch sensors are not made of materials that are hard to cut using ordinary tools. 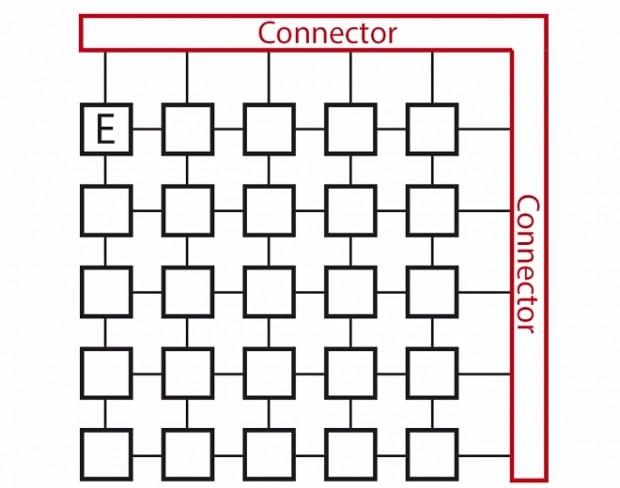 What the research team did is to come up used circuit printing technology to make flexible multi-touch sensor sheets, in which the connectors are at the center of each sheet and the wires connect to as few electrodes as possible. In what they call the star topology, each electrode has its own wire to the connector. A second arrangement called the tree topology there are a few central wires that branch out and handle their own batch of electrodes. 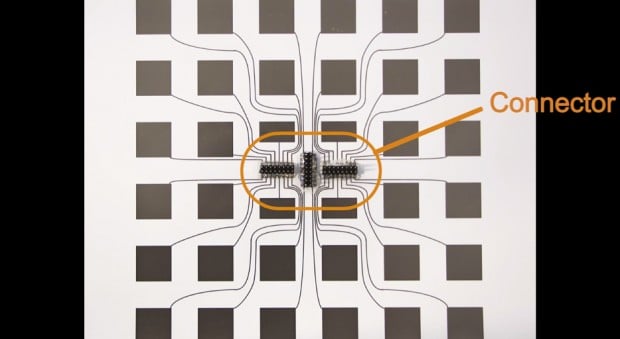 The end result is a multi-touch sensor that can be cut into a variety of shapes, although obviously they couldn’t cut a hole in the middle of the sheet.

Of course, the challenge of wiring these touch-sensing sheets to a microcomputer is another matter altogether. Still, it would be nice if you could build your own touch-sensitive furniture, gadget or tools. Haed to Embodied Interaction’s website for more information on the concept.