Attack on Titan 400% Colossal Titan Bearbrick is Not Big Enough

Medicom has released a 400% (11″ tall) Bearbrick of the 60 meter-tall Colossal Titan, one of the giants terrorizing the poor citizens in the world of Shingeki no Kyojin, aka Attack on Titan. I’m not sure if there’s a 1% bearbrick inside. 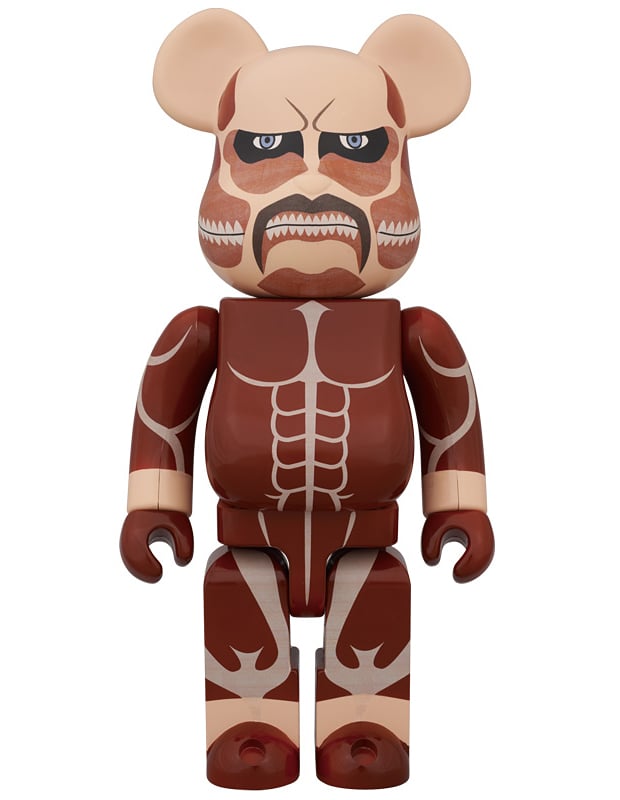 This horrifying bear is limited to 500 units and is available only to Japanese residents, going for￥7,140 (~$70 USD) each. Bite your browser and breach Bearbrick’s walls to order.