Jimmy aka 6kyubi6 made a working Star Wars-themed pinball machine using LEGO. Aside from its moving parts and different colored lights, the machine also has various minifigs and figures of Star Wars characters, including Luke, Darth Vader, Chewie, Artoo and even Jabba the Hutt. 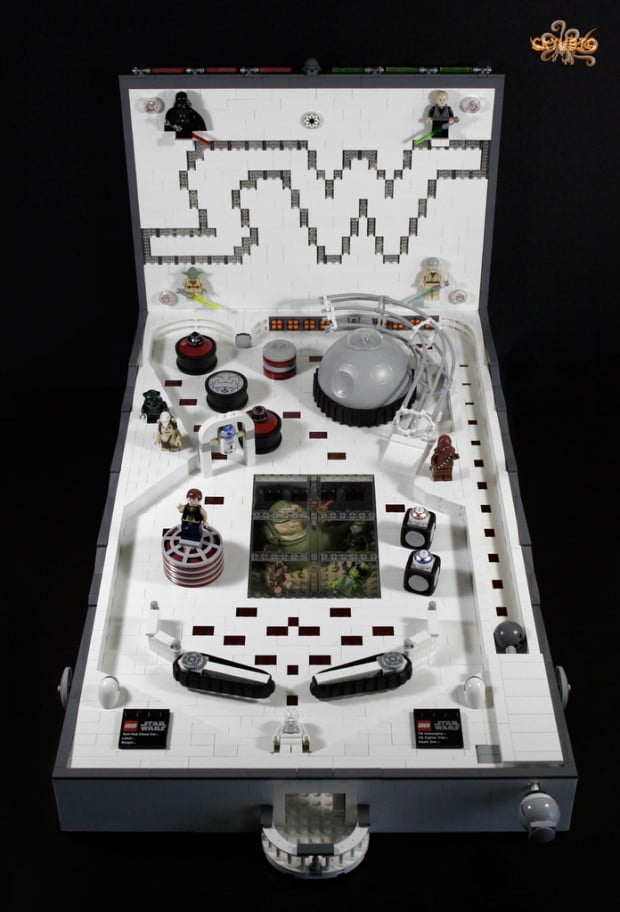 Jimmy made the machine for a Brickpirate contest. Here’s a shot of the machine all lit up: 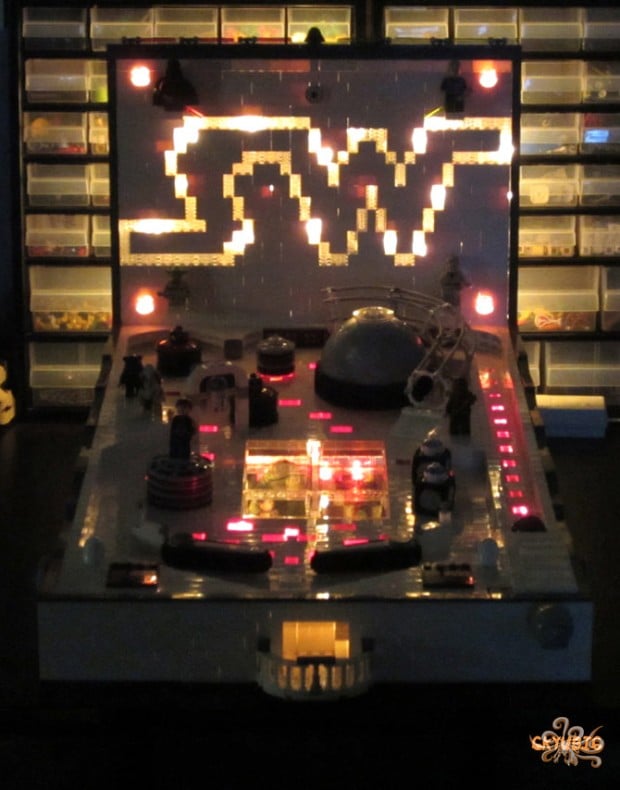 There’s a short video of the machine in action below, as well as more images of the pinball machine on his Flickr page.