One of the cool things about motorsports is that you can count on some of the tech you see at the race track today making it to production cars of tomorrow. I really hope that holds true for the awesome engine that Nissan has shown off that will power the ZEOD RC racing car during the 24 Hours of Le Mans, when it’s not running on battery power. 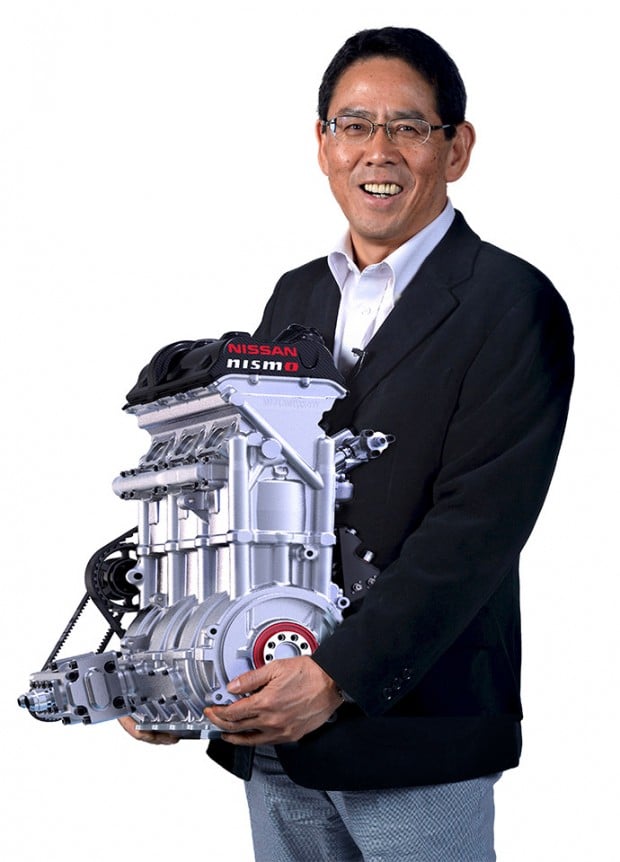 This engine sounds puny if you just look at displacements. It is a 3-cylinder 1.5-liter engine that uses a turbo charger. That sounds like something you would find under the hood of the latest Nissan Versa. 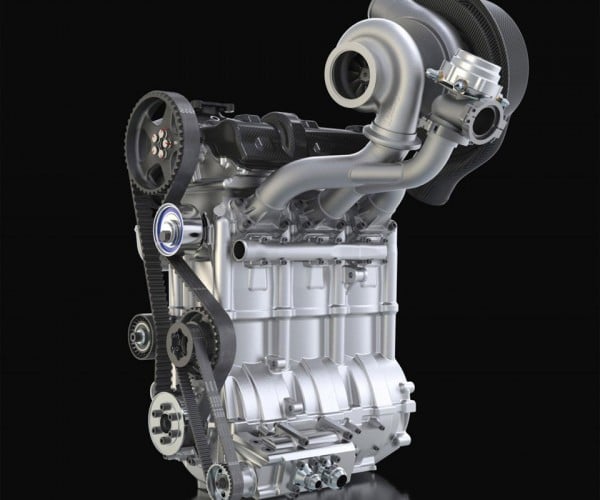 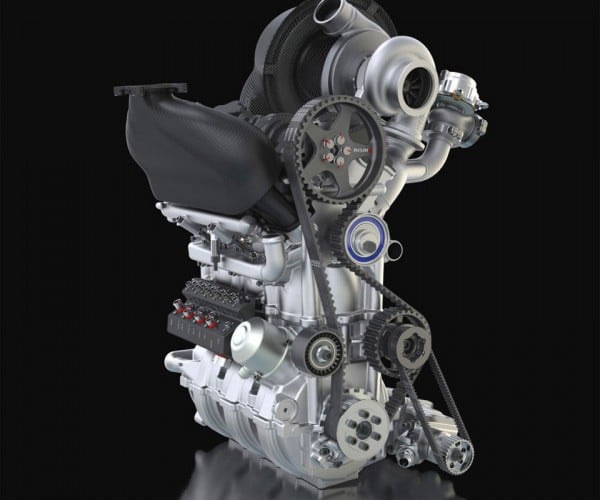 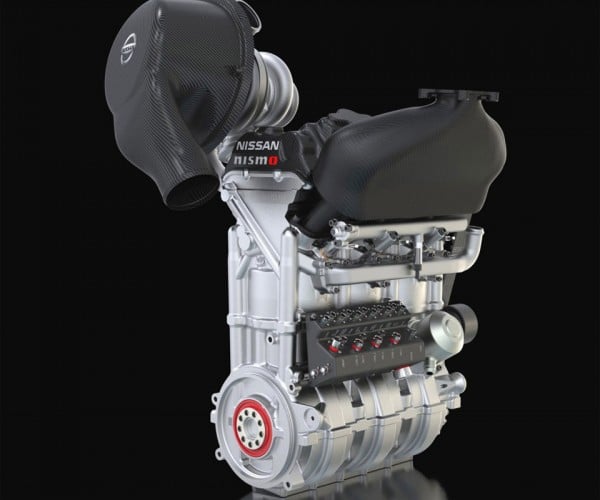 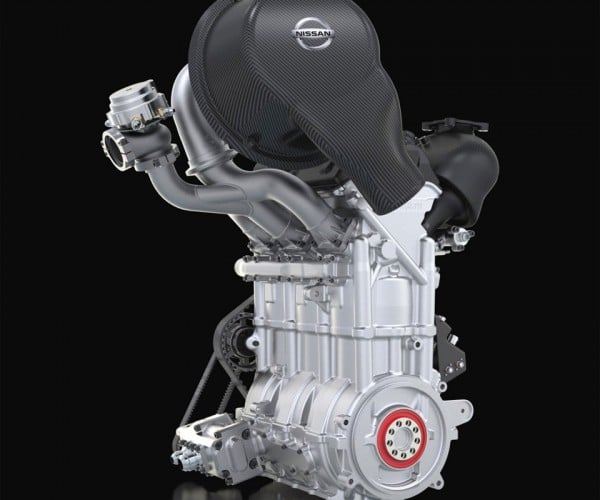 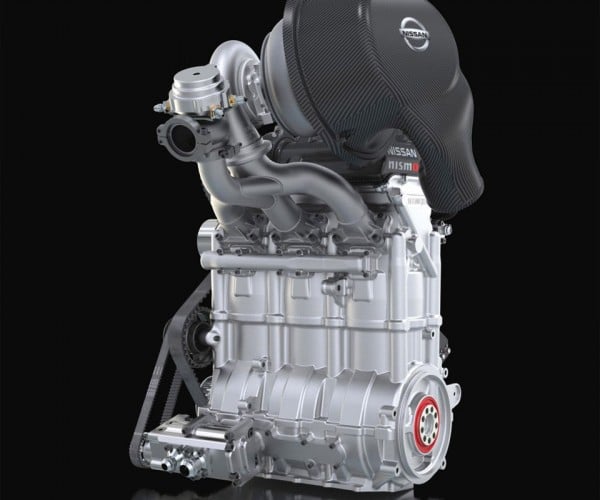 When you see the big turbo mounted on the side and get a glimpse at the dyno, any thought of fuel efficient pansy engines disappears in a haze of heat and tire smoke. This little beast of a 3-cylinder engine produces 400hp and 280 lb-foot of torque at 7500RPM. What’s more impressive is that the entire engine weighs 88 pounds. In fact, the DIG-T R engine has a higher power-to-weight ratio than the latest F1 engines.

The motor will take over power duties for ZEOD RC car that will be able to make one lap of the 8.5 mile-long Le Mans race course on electricity alone. I really want this engine under the hood of the IDx Nismo, and the whole shebang sitting in my driveway.