If there is one thing we don’t have enough of, it is tactical dinosaurs. Check out this combat-ready velociraptor from Blue Force Gear that was on display at a recent trade show. I would ride this thing into battle in a second. My only requirement is that it is outfitted with twin laser turrets. 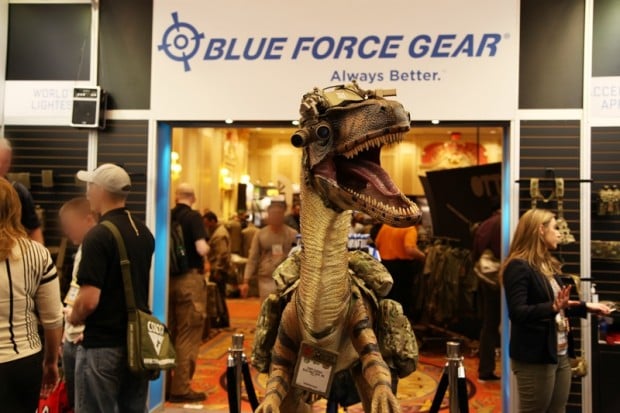 Just imagine these things running around on the battlefield, with military riders and lasers pew-pew-ing everywhere.  Nothing beats a Tac-Rap! 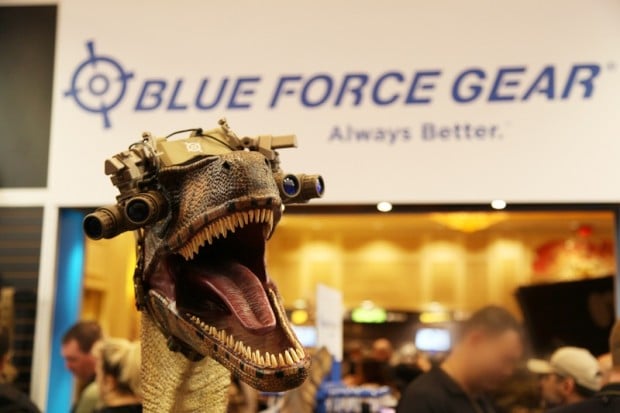 At some point, should you get separated from your platoon and night time arrives, you may even have to cut it open so you can stay warm while you sleep. Awesome Empire Strikes Back bonus! 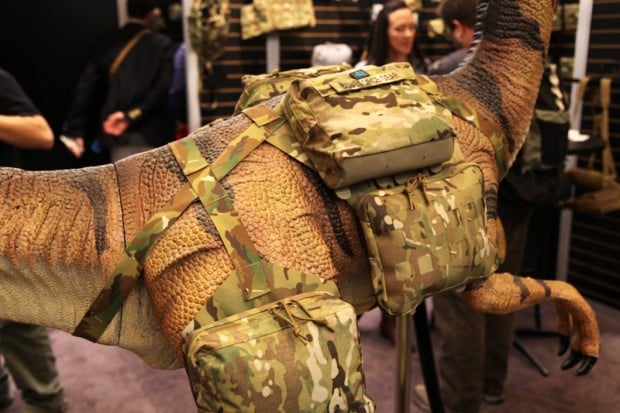