We’ve seen a hexacopter with six legs, but this quadcopter takes after birds instead of spiders. This particular quadcopter is Vishwa Robotics’ test unit. New Scientist reports that the company is developing leg add-ons for “small US air force drones.” The legs will allow drones to perch on branches, wires and other objects in order to survey and conserve energy. 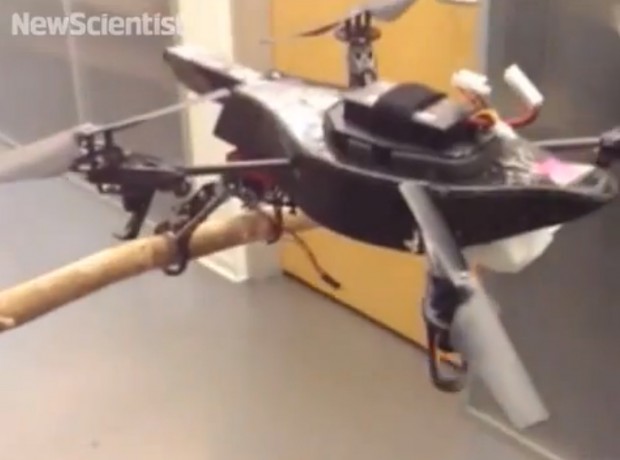 Vishwa Robotics founder Bhargav Gajjar modeled the legs after those of the American kestrel. A computer controls the drone’s landing based on footage from a camera mounted on the drone: “Just like a real bird, the drone has to brake sharply just above its landing site and perform a controlled stall in order to touch down.” The legs’ strong claws allow a drone to stay upright without using any power. In addition, drones can also use the legs to walk short distances.

Vishwa Robotics is also testing its legs on fixed-wing drones, bringing us that much closer to seeing tiny Valkyries.

[via New Scientist via Gigaom]