“The morning after” often sucks for people who weren’t in the right state of mind the night before. Cue this unusual bra by Japanese lingerie maker Ravijou, which only unlocks when it detects “true love” emanating from its wearer. 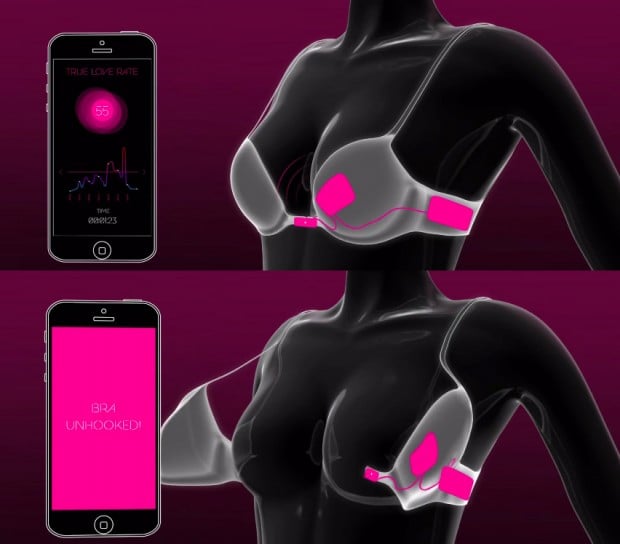 So it’s not actually “true love” that this bra detects, because love isn’t exactly something you can measure or quantify. What it monitors instead is its wearer’s heart rate and other vital stats to determine whether or not there’s any “love” in the air.

The bra is comprised of a sensor which monitors your heart rate and other vitals. The data is constantly transmitted via Bluetooth to a mobile phone which processes the data and heart rate elevation using special algorithms and preset data and it is only when your heart has truly found that special someone would it beat in a way that the app would recognize and wirelessly unhook the bra.

As you probably already know, it takes more than a quickened heart rate to indicate that you truly love someone and don’t just have the hots for them. Ravijour claim to have already taken this into consideration:

Ladies can relax as not any changes in heart rates will unhook the bra as the experts at Ravijour say it is only when a woman falls in true love does she get excited enough for the Adrenal Medulla to secrete Catecholamine which affects the autonomic nerve and increases the heart rate which is detected by the sensor and processed by the specially developed iOS app.