Nintendo continues its downward spiral as it’s game console the Wii U remains unpopular and its profits slump. During the company’s latest earnings call, it became clear just how poorly the Wii U is selling. According to the call, Nintendo sold only 5.86 million units since the Wii U launched. 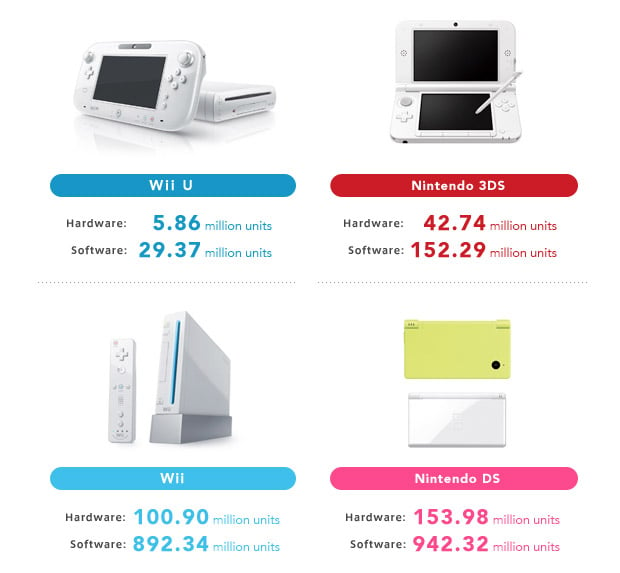 That represents an incremental 2.8 million units compared to the number sold as of the end of 2012. 2.8 millions sounds like a lot of units – until you consider Sony sold more PS4 consoles in a couple of months than Nintendo sold Wii Us over the course of an entire year.

Microsoft also sold more Xbox One consoles in the same period, with over 3 million consoles sold since launch. A bright spot for Nintendo continues to be the 3DS, which sold a substantial 12.9 million units last year, though smartphone and tablet sales have got the be eating into their handheld market share too. Hopefully, the Big N will find its way back to its former glory in the not-too-distant future.