Mark One 3D Printer Can Print with Carbon Fiber: Pencil 2.0

We know that 3D printers can print objects out of plastic, food, animal tissue and metal. Now a company called Mark Forged claims that its upcoming Mark One 3D printer can print using carbon fiber, the wonder material known for its high strength-to-weight ratio and cool looks. Something tells me this printer will hit a high money-to-ink ratio as well. 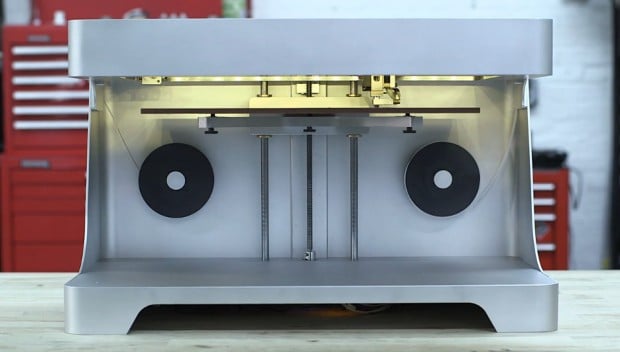 The Mark One can print objects with carbon fiber at up to 200 microns thick. It can also print using PLA, fiberglass and nylon at up to 100 microns, so you can make objects mainly out of those cheaper materials then reinforce or decorate them a bit with carbon fiber. You can check out the printer’s other specifications on Mark Forged’s website.

The Mark One will be available this March for $5,000 (USD). Some of Gizmag’s commenters have two major criticisms about the Mark One though. First is that you can already buy carbon fiber-reinforced PLA filament. Which means you can start printing carbon fiber objects now and with your existing 3D printer.

The second criticism is that although carbon fiber is strong in itself, in high-end applications the material is molded – i.e. the fibers are aligned and woven – in ways that maximize certain properties, one of which is strength. In other words, a 3D printed carbon fiber object may not turn out to be as strong or durable as other carbon fiber products.

For my part, I’m worried that future customers will be able to buy the Mark One’s carbon fiber filament only from Mark Forged. And also that folks are more excited about this than the one that prints pizza. Folks. THIS ONE PRINTS PIZZA. Why is that not receiving funding from all living organisms in the universe?