Growing up, about the only comics I had anything to do with were Peanuts, The Far Side, and Calvin and Hobbes. I was never really interested in other comic strips or comic books. This slick Calvin and Hobbes LEGO diorama brings back fond memories. 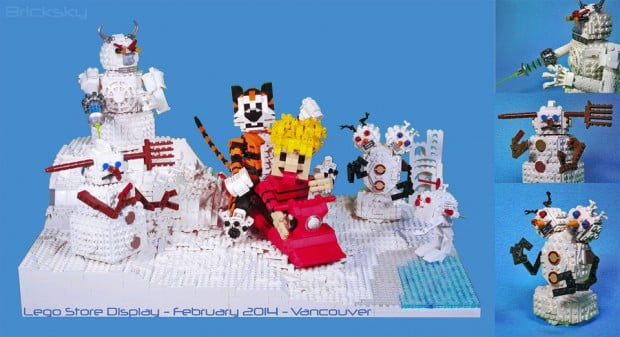 The LEGO set has Calvin and his tiger on a snowmobile zipping through the ice and snow with evil snowmen trying to get them. One of the snowmen has two heads, another looks like an AT-ST walker from The Empire Strikes Back, and there is one with a pitchfork through its head. 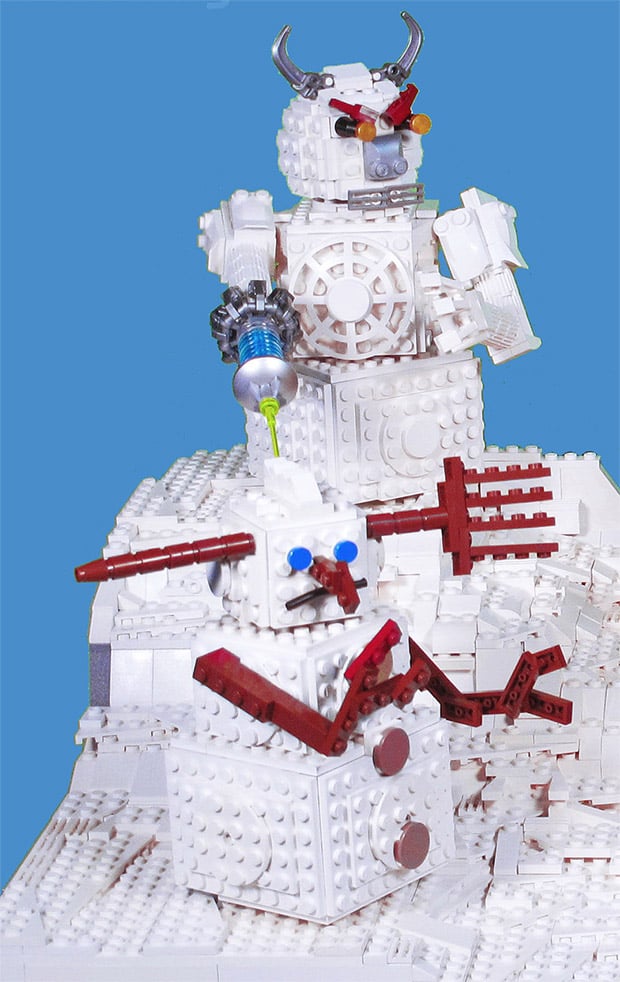 The LEGO creation was made for a store display by brick artist Tyler Sky, also known as Bricksky on Flickr. Hobbes looks a bit worried, but Calvin seems happy enough. 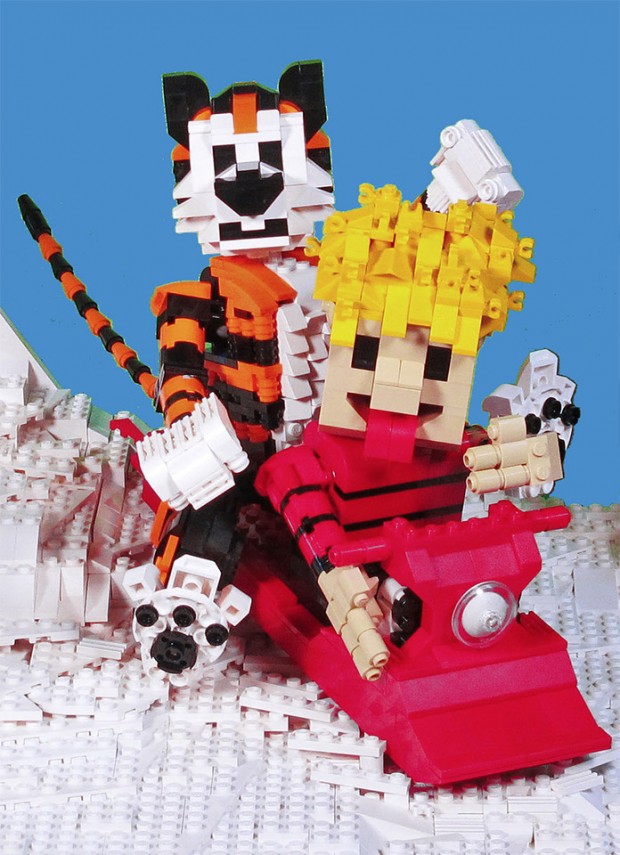