Growing up my grandmother had a round rock inside her flowerbed. She had carted around that rock for eleventy billion years, otherwise known as her childhood. My brother and I used to bowl with it because it was round and pissed off our grandmother. Once day we broke the rock in half, which wasn’t as hard as it might sound, and realized it was a geode. 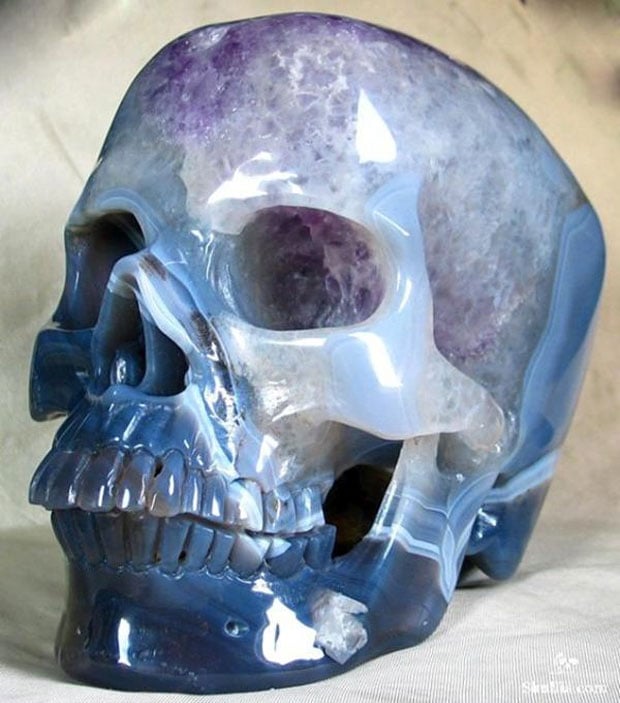 I have had a soft spot of wonder for geodes since then. An artist named Skullis creates life-size hand-carved skulls out geodes and they are awesome. It looks like a prop from an Indiana Jones flick. Each skull is intricately carved and is open on the top showing the crystals inside the skull. 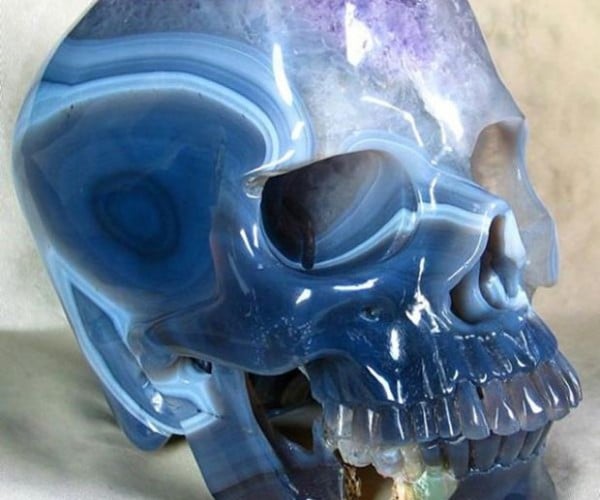 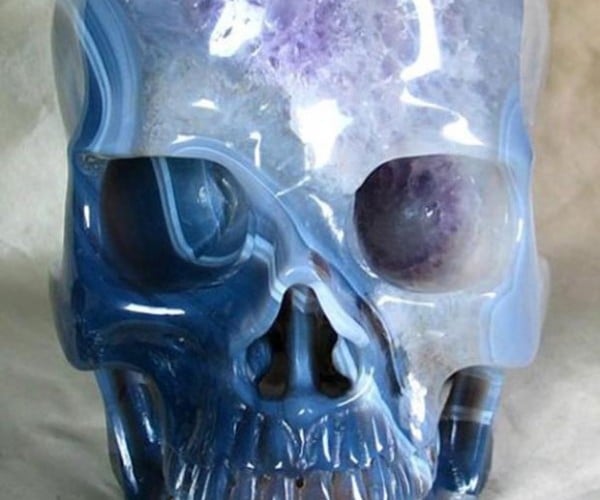 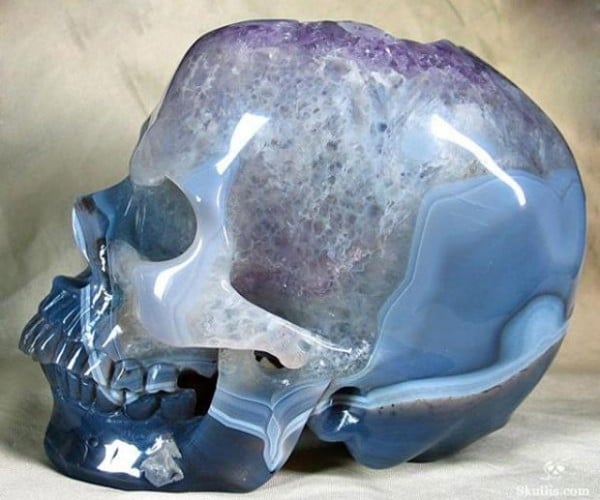 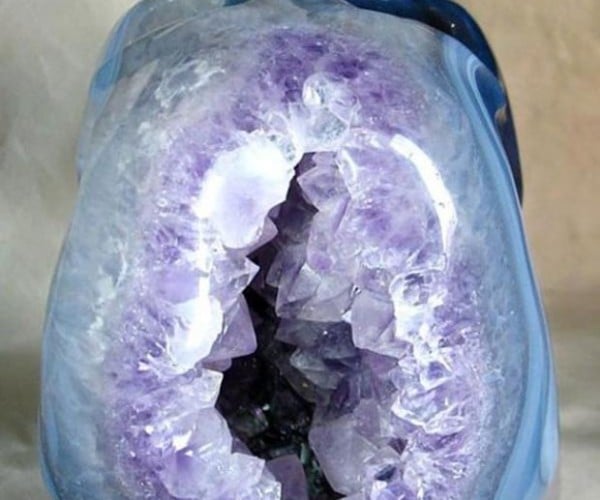 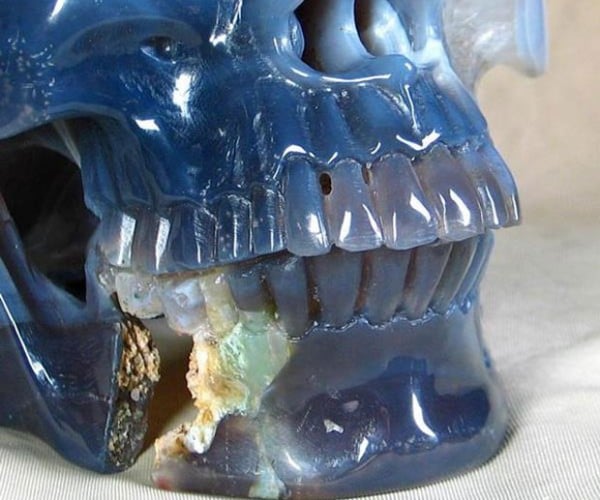 Someone already bought this particular geode skull for $1560(USD), and I would say that is money well spent. If you’d like a carved skull of your own, be sure to check out Skullis’ online shop, which has many other stone and crystal skulls available for purchase in a variety of sizes and price points. The black obsidian one is especially impressive: 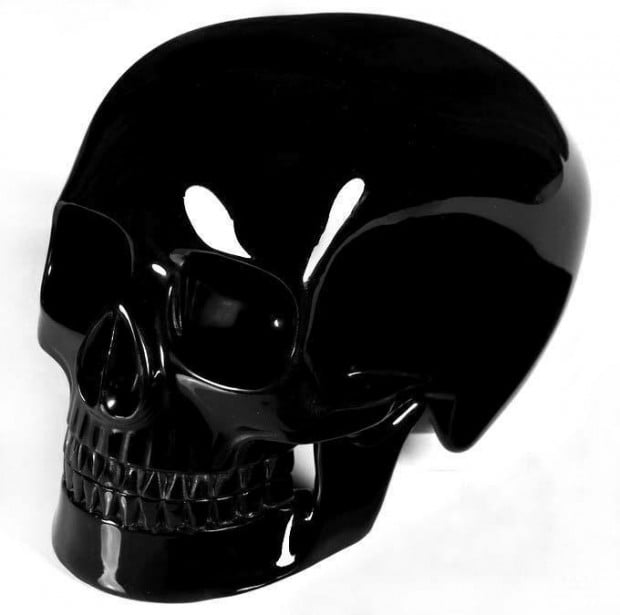 [via Lost at E Minor via Laughing Squid]