If you missed out on Olly Moss’ limited edition 8-bit willow plates, Don Moyer’s Calamityware might be the next best thing. Don creates humorous dinner plates by using the ancient willow pattern to depict modern subjects. His first plate features the flying monkeys from The Wizard of Oz. Now he’s raising funds on Kickstarter to make plates with a giant robot on it. 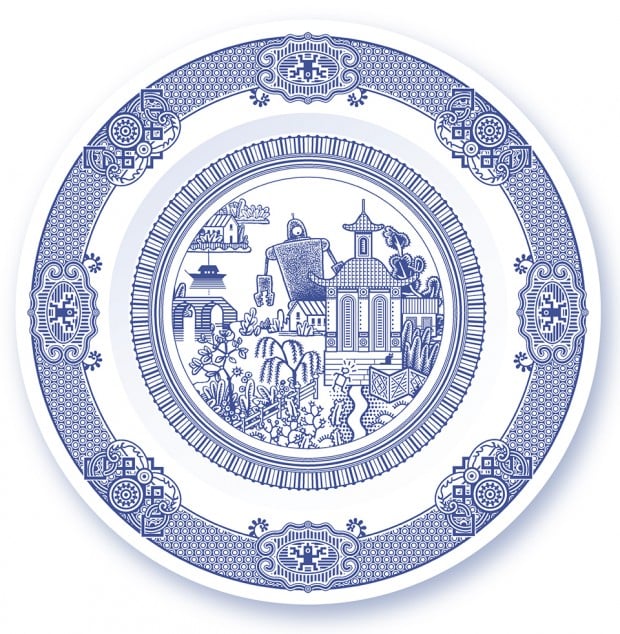 To give you an idea of what the finished product will look like, here’s a sample of the flying monkey plate: 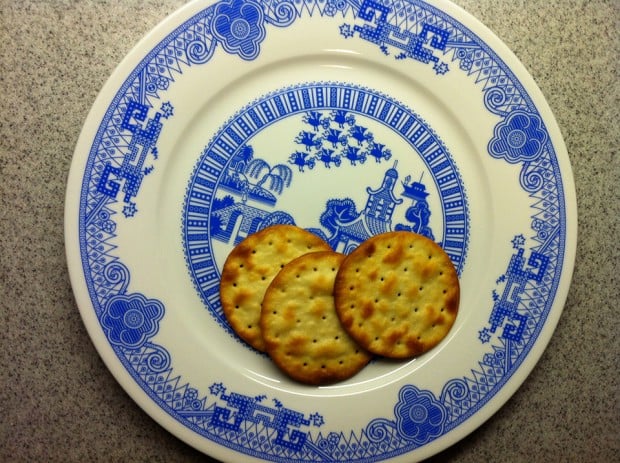 You can pre-order both plates from the Calamityware shop, but you can also pledge just $25 (USD) on Kickstarter to get the giant robot plate as a reward. You can also check out Don’s Flickr page to see more images of Calamityware, including his future designs.