The new PS3 racing game Gran Turismo 6 lets players drive concept cars made expressly by automotive companies and other brands for the game. Honda is one of those companies, but it’s also using a newer form of technology to reach out to its fans. The Japanese automaker recently made 3D models of its concept cars available for download. 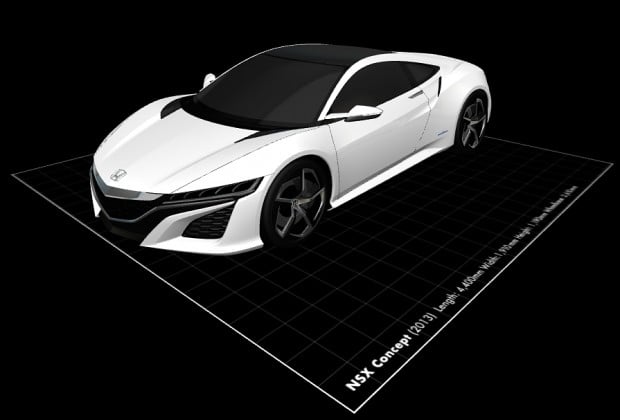 As of this writing the Honda 3D Design Archives features five downloadable 3D models, headlined by the 2013 Acura NSX Concept. You can also download the Fuya-Jo, the FSR Concept, the Kiwami and the toaster-like Puyo from the website. Not familiar with any of those cars? Check out this video:

Man, I need to step my daydream game up. Drive your browser to Honda 3D Design Archives and download the models.