Map of the Internet 1.0: Web Browser

Even if you’re not an XKCD fan, I’m sure some of you have seen Randall Munroe’s irreverent Map of Online Communities. Martin Vargic – who makes maps in his pastime – was inspired by that webcomic strip and decided to make his own map of the Internet. 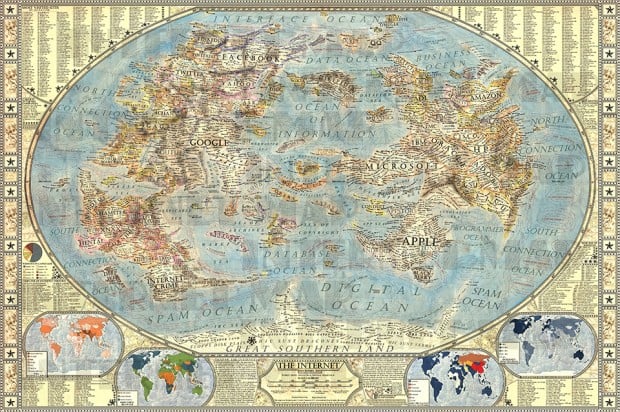 The Independent spoke with Martin and found out that the amateur cartographer drew the map in Photoshop by hand, aping the style of old National Geographic maps. Like Randall, Martin isn’t actually planning on mapping the entire Internet or even the entire World Wide Web, just the most popular sites as determined by website analytics company Alexa. Martin also told The Independent that he split the websites into the western Old World and the eastern New World. 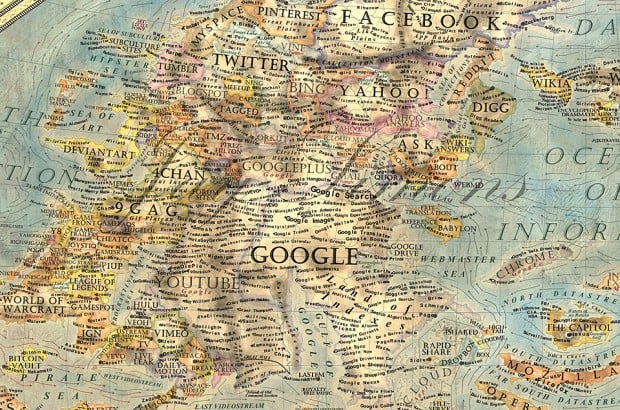 Aside from the map itself, Martin also added related stats and other trivia on the edges of his illustration. 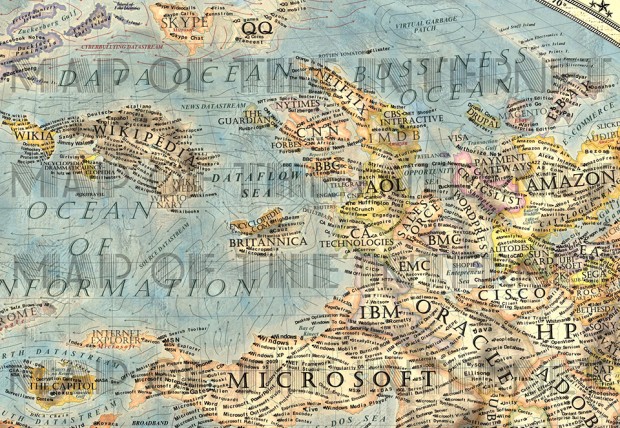 Travel to deviantART’s shores to see a high-resolution version of the map. Martin admits that it’s far from the final version and will be updated and polished. But if you want, you can order a print of the map from Zazzle; the price will vary depending on the size of the print.