Talk to Strangers, Meet New People, and Get Social with Sneaky Cards

Sneaky isn’t your ordinary card game. While most will pit you against friends, family, and acquaintances, Sneaky will challenge you to interact with others outside of your usual circle instead. 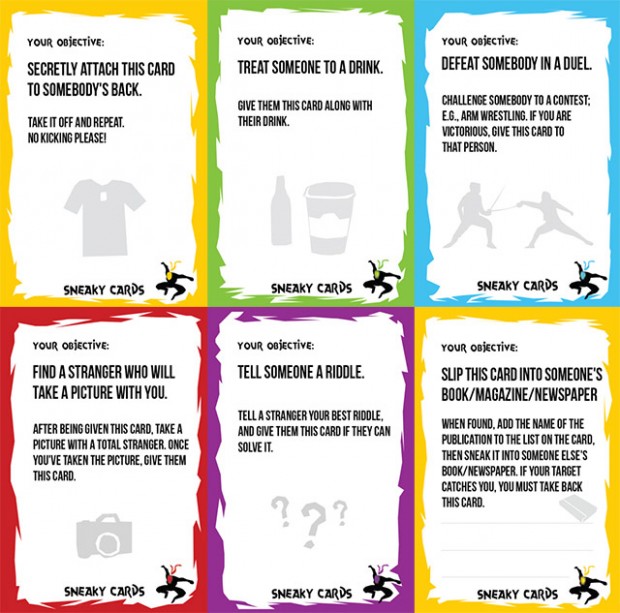 It’s essentially a stack of dares that encourages you to be sneaky as you accomplish the objective printed on it. It’s described as a card game about “creating fun and creative social interactions, breaking up the tedium of everyday life.” From the looks of it, Sneaky can do just about that – and more.

The main goal of the game is to get rid of all your cards by following each cards own rule set. The game works best in common social environments. Places like malls, school campuses, offices, conferences, camps, youth groups, parties, and other public places. In most situations there is a player who is playing the game and a non-player who is not. With the player interacting in some way with the non-player.

Sneaky was created by 16-year-old Harry Lee back in 2009, with the help of hundreds of volunteers who helped create ideas for the deck. 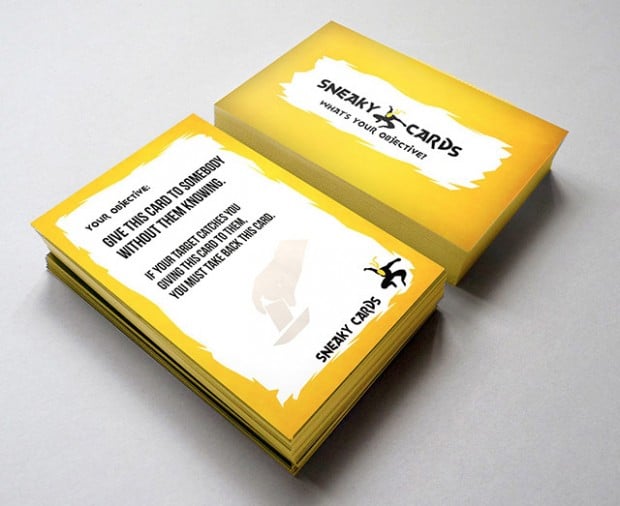 The best part? You can just download Sneaky Cards and print them at home to begin the fun. You can also contribute your own ideas to the project over on Reddit.

[via Boing Boing via The Awesomer via Laughing Squid]