Star Wars Chocolate Centerpiece: The Dessert that Made the Kessel Run in 12 Parsecs

As cool as this Star Wars centerpiece is, I have to be honest. The texture of that chocolate looks a bit off-putting. At first I thought that the Falcon was trapped in an Imperial turd trap of some kind. Anyway, despite the unfortunately lumpy look of the chocolate, it is a cool piece. 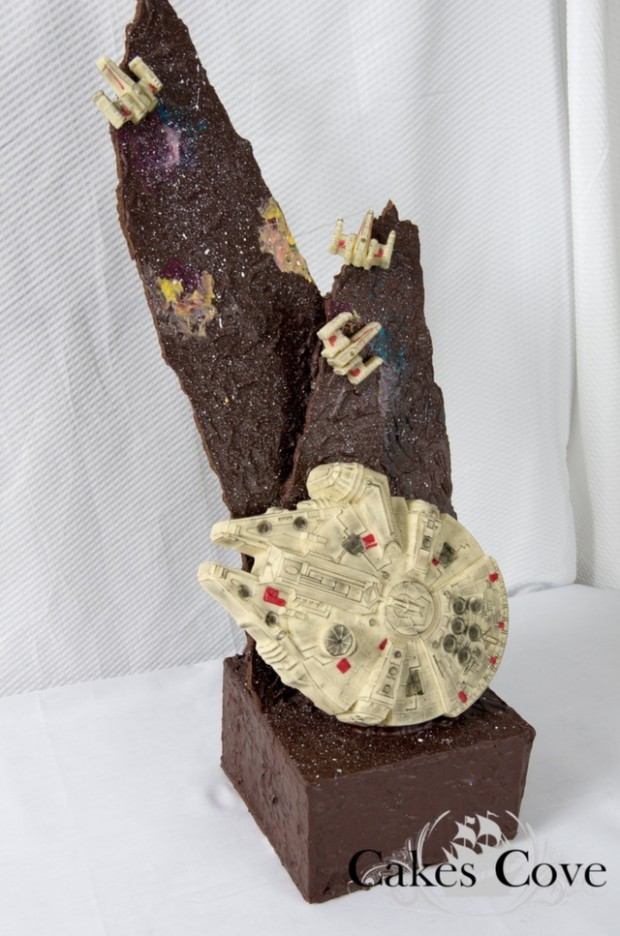 Besides, chocolate never looks so bad that you won’t eat it right? This edible centerpiece was made by Cakes Cove. It has X-Wing Fighters on it too. I don’t what they are doing flying around this thing, but I’m sure it looked good on the center of the table.  It needs some TIE Fighters though. Give those rebels something to shoot at. 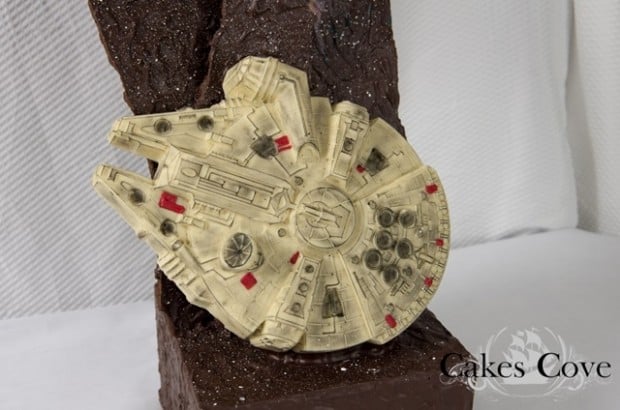