The printed word is dying, but the printed keyboard is alive and kicking. And no, you won’t need a 3D printer to make one. A company called Novalia has made an incredibly thin Bluetooth keyboard made of photo paper, conductive ink and its proprietary electronic module. 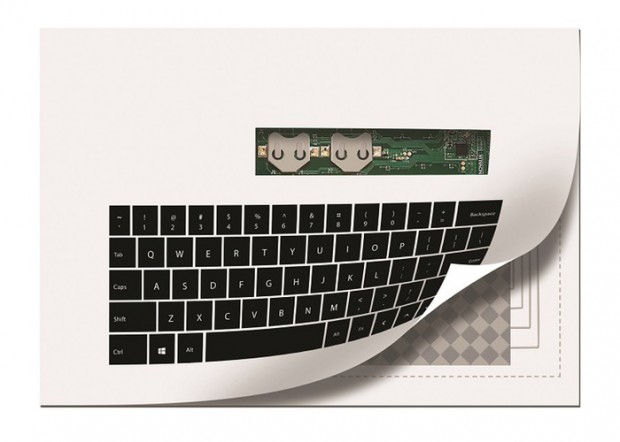 Novalia made the keyboard to show off its advancements in printed technology, particularly the electronic module based on Nordic Semiconductor’s system-on-a-chip and a printing process that allows conventional printers to mass produce capacitive sensors. 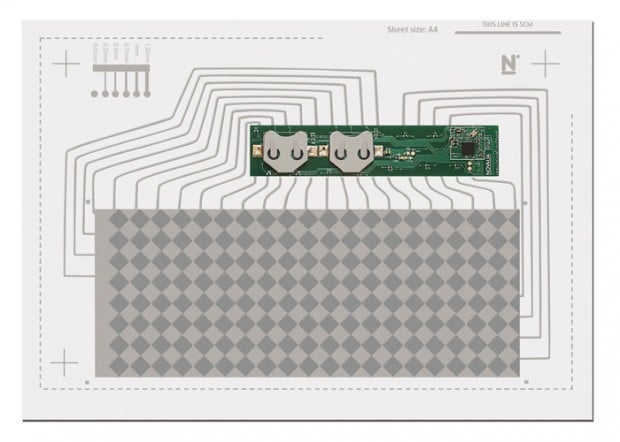 Novalia’s technology could be used to make not just keyboards but other input devices as well, and existing printing presses could churn out hundreds of overlays with built-in sensors in a matter of minutes. Nordic Semiconductor says the module can last for up to nine months on a single CR2032 button cell battery.

I’m not sure if Novalia will make the keyboard available to the public. It does have Switchboard, a much simpler version of the keyboard on its online shop . That one’s made of foam board and has eight capacitive keys and sells for £25 (~$41 USD)