Valentine’s Day is almost here and as such, there is no shortage of red stuff on the market. Red versions of gadgets like smartphones can make great gifts. Just be sure you or the person you are gifting can live with red on a daily basis.

Case in point: Google and LG have announced a new red version of the Nexus 5 that launched late last year. 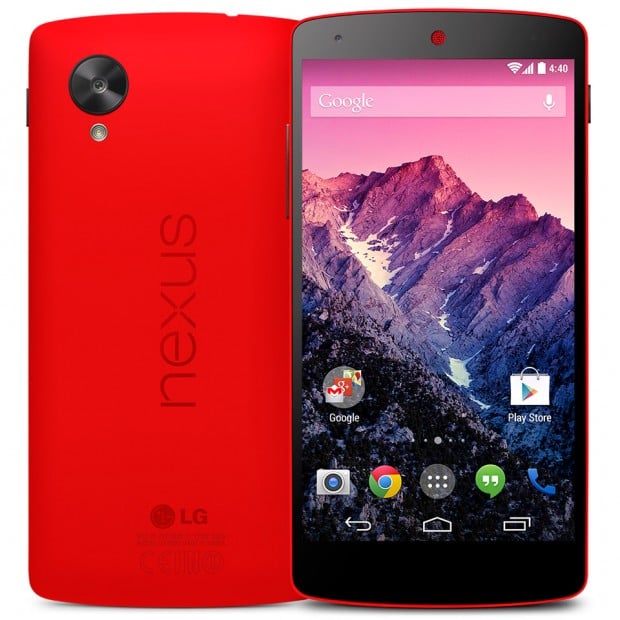 Other than being bright red on the outside, the device has the same features as the earlier model. That means the phone runs a Qualcomm Snapdragon 800 processor and rocks a full HD 5-inch screen. Power comes from a 2300 mAh battery and the smartphone is just 8.59mm thick.

It runs Android 4.4 KitKat, which is the latest OS version available. With the red version in the mix, the phone now comes in three colors including red, black, and white. You can order the Nexus 5 in any of its colors for $349(USD) for the 16GB model or $399 for the 32GB.