Art Lebedev’s Optimus keyboards are elegantly customizable, but they’re very expensive and may not have enough keys for your needs. If you’re an avid user of Photoshop, Illustrator, Lightroom, Premiere, AutoCAD and other programs that have a ton of commands, check out the Shortcut-S keyboard. 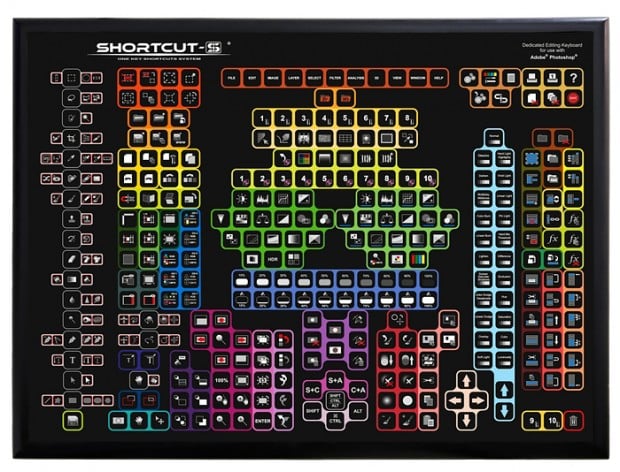 Shortcut is a large USB keyboard, measuring about 16″ long and 12″ wide, but at least it’s only 0.3″ thick. It has a total of 319 keys: 299 of the keys will be mapped to specific commands as determined by Shortcut-S Sistem-S – the company who developed the keyboard – while the remaining 20 keys will be yours to customize. 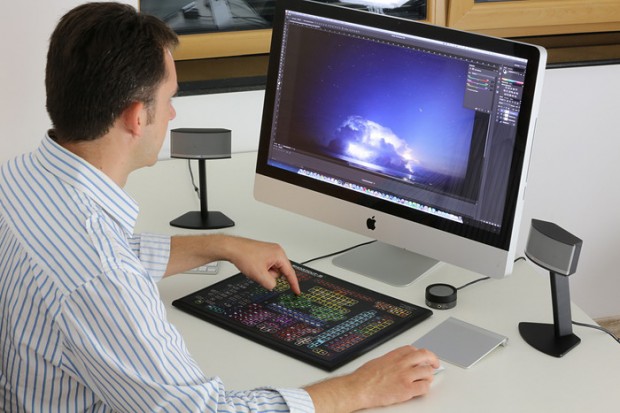 The keyboard’s overlay in the images above and in the video below is specifically for Photoshop, but Shortcut S Sistem promises that they will release more overlays and software profiles for other programs.

Pledge at least $89 (USD) on Kickstarter to get a Shortcut-S keyboard as a reward. You can also find out more about the keyboard on Shortcut-S Sistem-S’ website