This Watch Has a Real-Time Solar System

He’s got the whole world in his hands, but this watch has the entire solar system on its face. It’s not just a plain old picture of the sun and planets, either. It’s an actual, moving model of planets moving around the sun – and in real-time, too!

The watch, called the Complication Poétique Midnight Planétarium, was designed by Van Cleef & Arpels and costs a whopping $245,000! It’s aptly named, because the movement can be described as such: poetic.

Think of how awesome it would be to have a view of the planets’ actual current alignment with every glance at your wrist. The shooting star on the face is what tells you the regular time in hours and minutes. 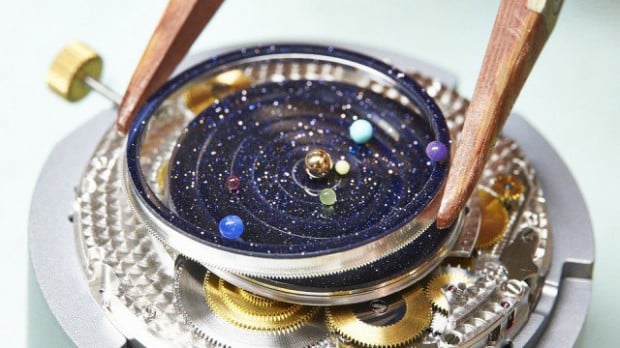 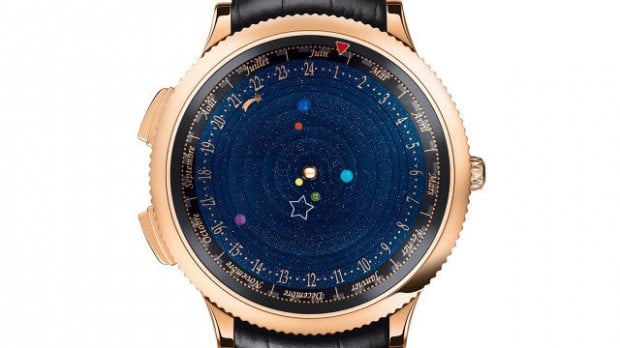 So while Mercury will make a lap around the watch’s face in just 88 days, Venus will require 224, and Earth of course does it in exactly a year. Saturn, on the other hand, the farthest planet from the sun included on this piece, won’t make it back to its starting position for a whopping 29 and a half years.